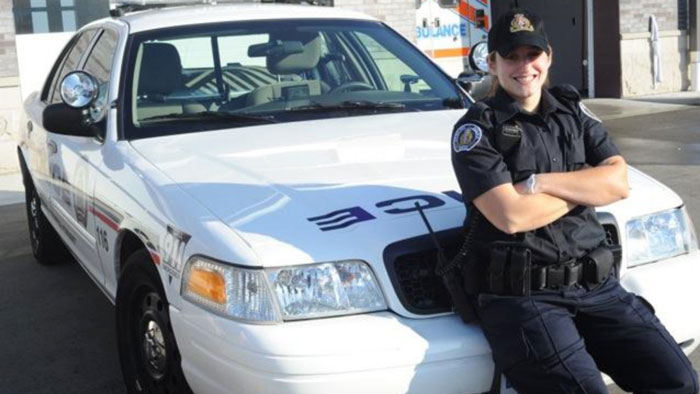 Over 5000 police offers participated in the funeral procession. 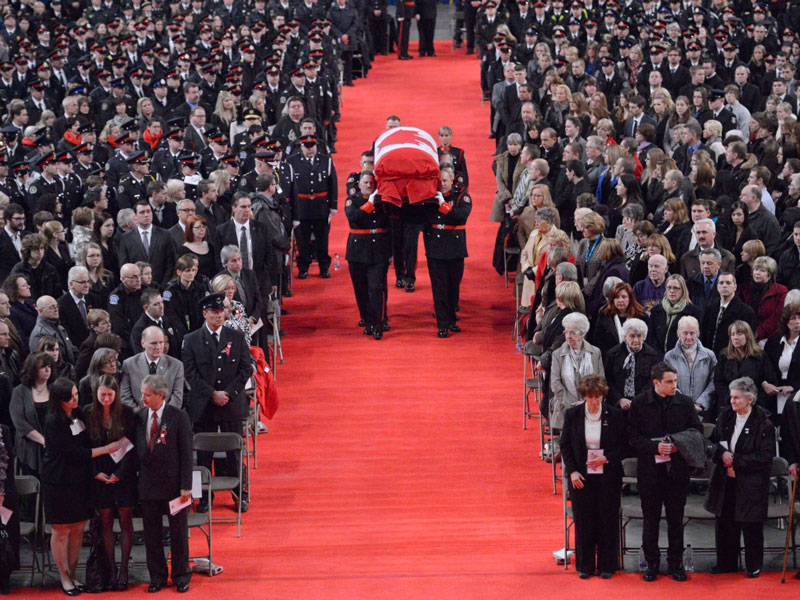 Police officers carry the casket to the front of the packed arena for the funeral. 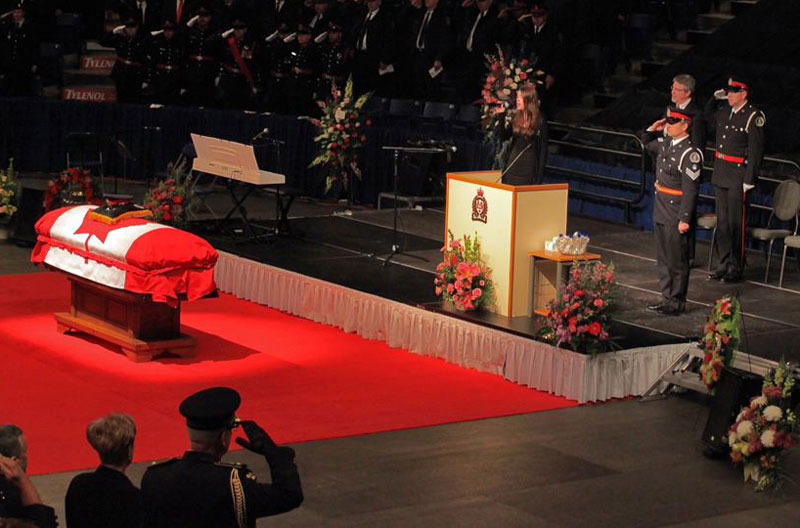 Bishop Brian Magnus on the platform during the service.

The Ontario city of Guelph experienced a major loss on March 14 when Constable Jennifer Kovach, 26, was killed while on duty. She was responding to a call for assistance from another officer when, amidst the snow and poor road conditions, her cruiser crossed the center line and hit a transit bus head on. The bus had no passengers at the time. Firefighters extracted her from the vehicle and she was taken to a hospital, but she died of her injuries.

Constable Kovach was the first Guelph policeman to die in the line of duty since 1964, and only the third in the city’s history.

Over 5000 policeman from across Canada and the northern United States attended the funeral on Thursday, March 21, in the packed municipal arena. They formed a huge procession marching through the streets–police officers on foot, on horseback, and on motorcycles, including over 30 police dogs. Flags flew at half mast, and all city buses changed their signs to read, “R.I.P # 72,” which was Kovach’s badge number.

Brian Magnus (right), bishop of the United Brethren Church in Canada and pastor of the Parkwood Gardens UB church in Guelph, was heavily involved in the funeral. After days of grief counseling and four sessions of visitation–11 hours on March 19 and 10 hours on March 20–he conducted the funeral before over 6000 people in the Sleeman Centre. The funeral was broadcast across Canada on national TV. In attendance were many members of parliament, federal and provincial leaders, the Premier of Ontario, the Lieutenant Governor (the Queen’s representative), and others.

For Bishop Magnus, there was a very personal connection. She was a personal friend.

“We lived next door to the Kovach family for ten years,” he wrote. “Jennifer and our daughter, Heather, were friends since Jennifer was two years old. She was at our house for sleepovers, birthday parties, youth events, etc. The funeral was as moving an event as I’ve ever experienced. I’ve been stopped by many people while in the store, walking the dog, etc., to talk. It’s opened up opportunities to share Christ!” 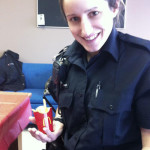 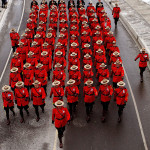 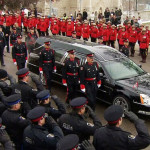 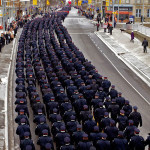 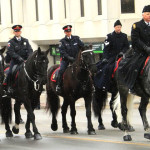 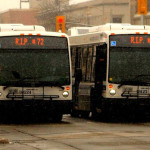 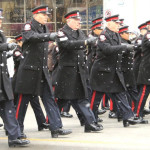 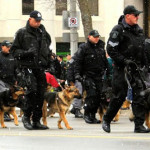 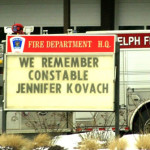 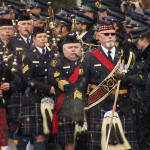 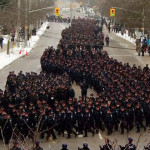 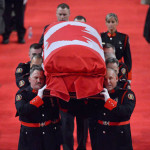 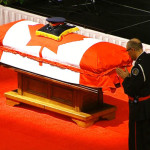 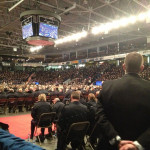 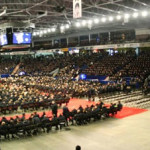 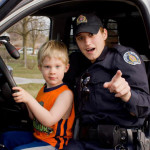