09 Jan A Pancake Breakfast and a Sabbatical 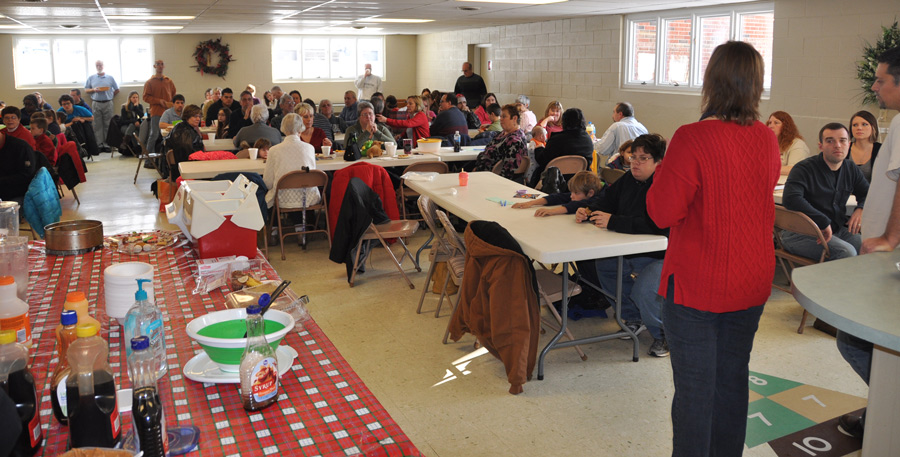 The annual pancake breakfast is held in the fellowship hall. 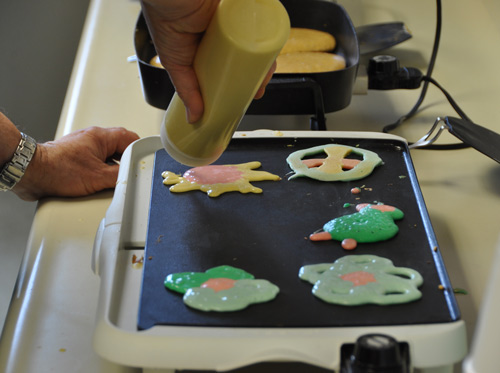 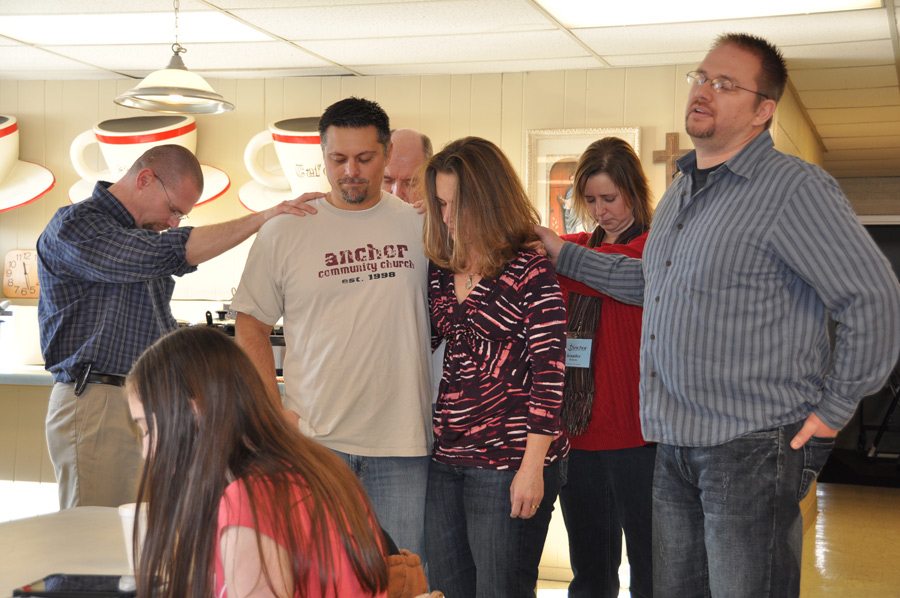 Associate pastor Matt Kennedy (right) and members of the resource team pray for Tim and Tara Hallman as they prepare to begin a four-month sabbatical.

Anchor UB (Fort Wayne, Ind.) begins each year with a pancake breakfast and abbreviated service. This year, the breakfast occurred on Sunday, December 30.

Anchor used the occasion to bid a temporary good-bye to Pastor Tim and Tara Hallman. On January 1, Tim began a four-month sabbatical (two months paid, two months unpaid). Tim has pastored Anchor since it began in October 1998. “We are in a position to give our pastor a wonderful gift,” the church’s Resource Team explained to the congregation in announcing the sabbatical during a Sunday morning service in November.

To help cover the bases during these four months, primarily in pastoral care areas, Rev. Kevin Whitacre was hired to give 25 hours a week.