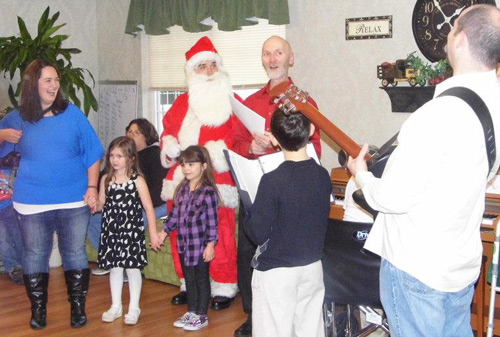 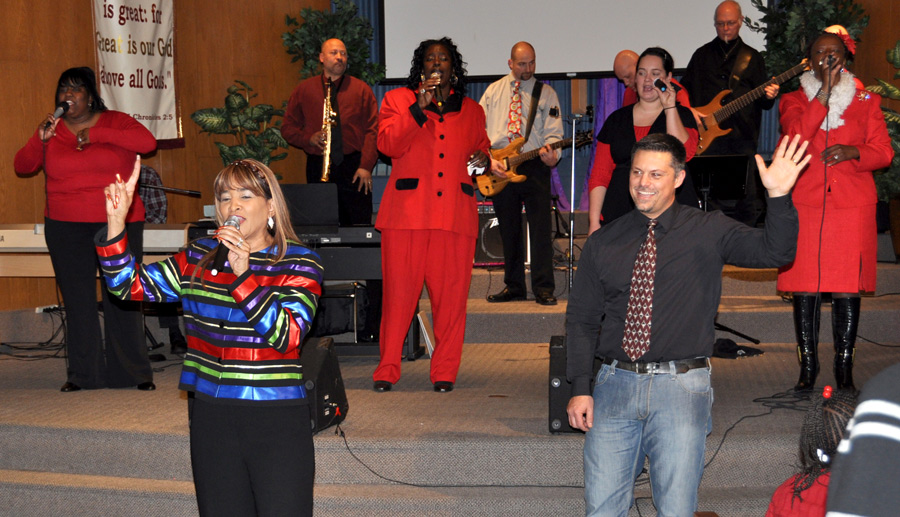 Pastor Tim Hallman of Anchor (right) and Dr. Crystal Bush, pastor of New Zion Tabernacle (left), with the combined worship team behind them. 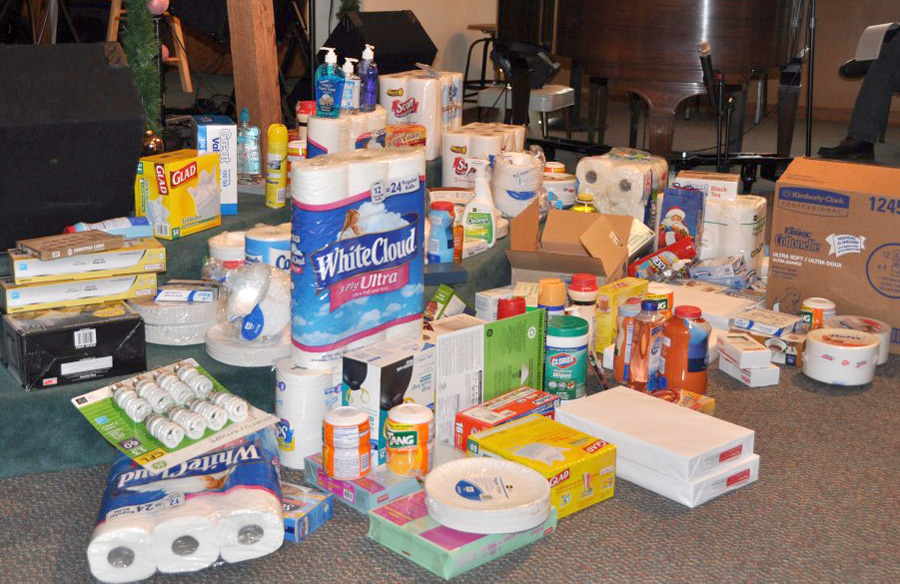 December 9. Anchor took its annual Christmas party to the Coventry Meadows nursing home–food, music, caroling down the halls, and pictures with Santa. (In 2011, Anchor held its Christmas party at the Charis House home for homeless women.) (See Facebook photo album.)

December 23, morning. Every year, a Christmas tree appears in the lobby with several hundred small ornaments, each bearing the name of an everyday item Anchor needs–cleaning supplies, lightbulbs, batteries, photocopier paper, kitchen items, coffee, etc. Attenders take an ornament or two, buy the items, wrap them up, and bring them back to Anchor. Then they are opened together. On December 23, after a short children’s program, the Anchor children passed out the gifts to adults in the congregation, who opened the gifts. This not only provides much-needed supplies for the church (and eases the budget), but gives even casual attenders a way to make a low-cost investment in the church. (See Facebook photo album.)

December 23, afternoon. Anchor held a joint Christmas service with New Zion Tabernacle, a predominantly African-American church located a couple blocks away. The two worship teams practiced together for three weeks prior to the afternoon service. Each team did a few songs separately, and then two songs together. The service was held at New Zion Tabernacle. (See Facebook photo album.)