11 Oct Hermmy’s Surgery is a Success 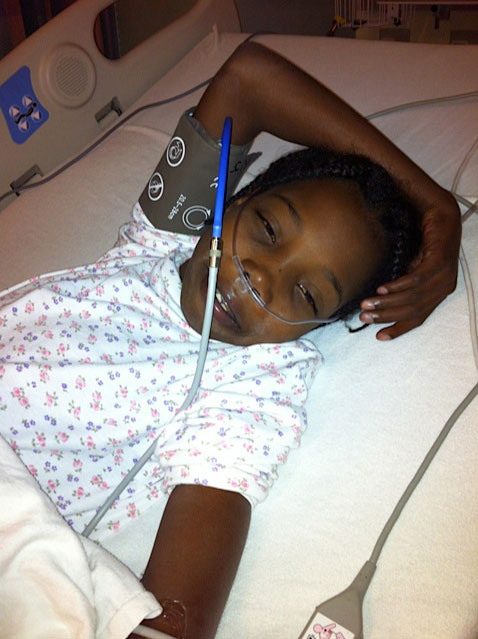 A smile for Mommy Joan as Hermmy is prepped for surgery on October 10. 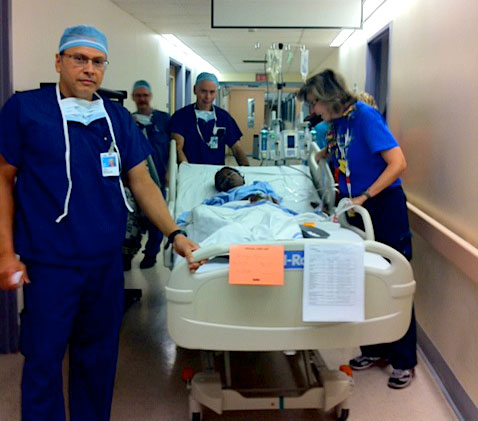 We reported earlier about Hermmy Alexis, a 12-year-old Haitian girl who needed surgery to repair a hole i her heart. The UBs of Canada brought her to Canada for the procedure. She is staying with Joan Sider, who has made numerous trips to Haiti as part of work teams. The surgery occurred on Wednesday afternoon, October 10.

We saw Hermmy for a few minutes, and she looks just like what you would expect. She is ventilated, has three chest drainage tubes. We could see they were doing their work. Obviously, she didn’t know we were there.

Her night nurse is a French-speaking Christian, and we’ve been most impressed with the care she is receiving–not only from Beth tonight, but each one who has been in the Cardiac Care Unit.

They will remove the breathing tube Thursday morning sometime. I’ve indicated to them that I want to be present when she is coming around so that when she opens her eyes she sees familiar faces.

How long will Hermmy be in the hospital? Good question. We’re not sure, but it will likely be two weeks.

It really helped as we were waiting to go see Hermmy, to watch several Youtubes to find out what the doctor had done. When he came out to speak with us, we had a picture up on the screen so he could point out what had taken place.

Hermmy’s fingernails are pink for the first time in her 13 years. Her oxygen level is 100–first time in life. She has been living with this level anywhere from 30 to 70 most likely.

Before her surgery, I told Hermmy that after she was well, she would play–run and skip–and her face lit up like a lightbulb. It was fun to see.

Keep praying for a good recovery. 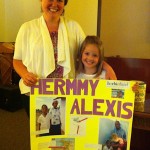 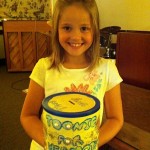 Julie with her bucket of money collected from schoolmates. 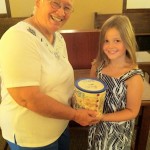 Joan receives the $203.25 from Julie for the Hermmy Fund 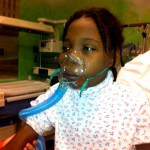 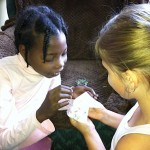 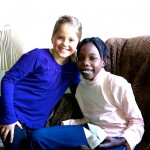 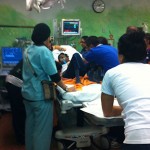 Hermmy getting lots of attention. 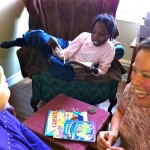 Having fun at Joan’s house 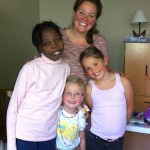 Hermmy with Jenn Burke and daughters. 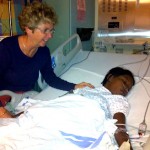