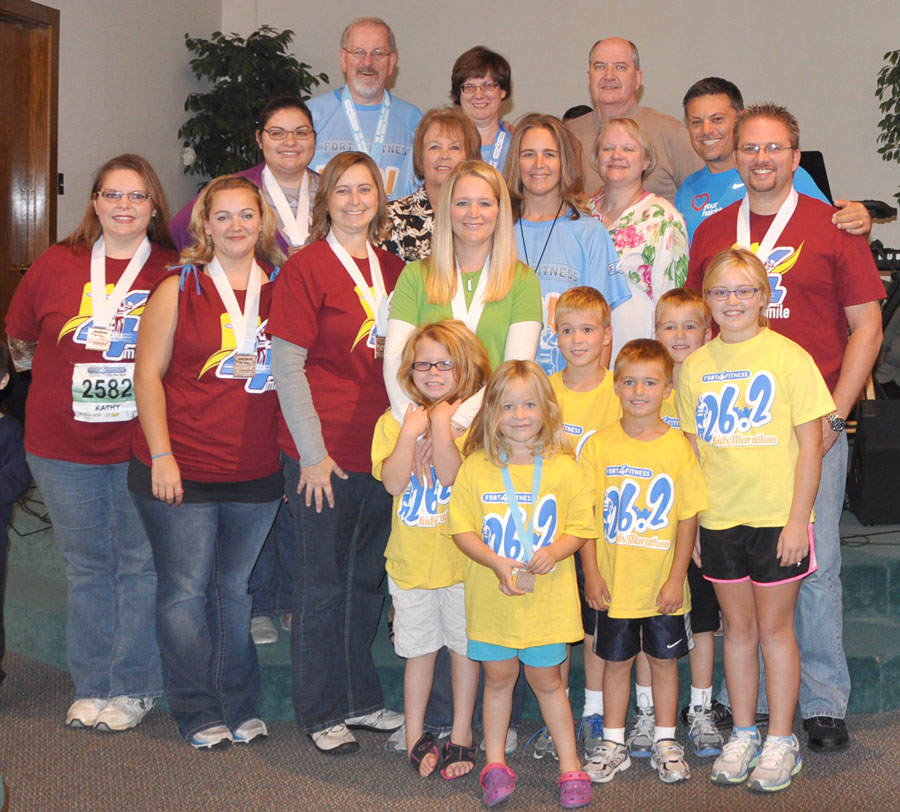 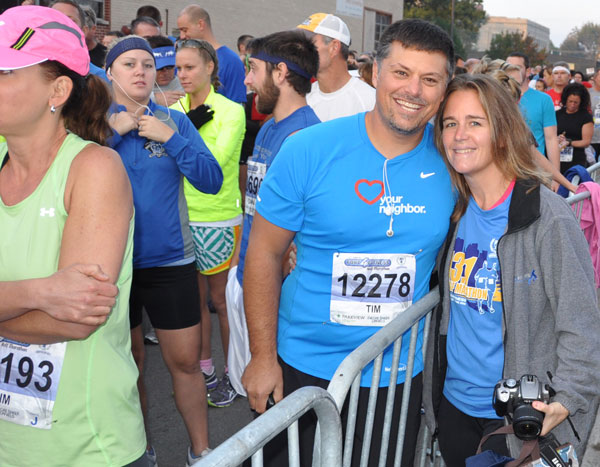 Pastor Tim Hallman, preparing to run the 13-mile half-marathon, with his wife Tara, who ran the 10K (which started about a half hour later).

Tin Caps Stadium, where all of the Fort4Fitness events ended, is right across the street from the Grand Wayne Center, which will host the 2013 US National Conference.

As in 2011, a number of people from Anchor Community Church (Fort Wayne, Ind.) participated in the annual Fort4Fitness races September 28-29, 2012. The kids in front participated in the children’s marathon on September 28; they log miles during the summer, and then complete the last 1.2 miles at the Tin Caps Stadium. Most of the adults participated in the 4-Mile walk. Pastor Tim Hallman ran the 13-mile half-marathon, and his wife, Tara, ran the 10K. Two others walked the 10K.

A group photo of most of the participants from Anchor was taken after the morning service on September 30.