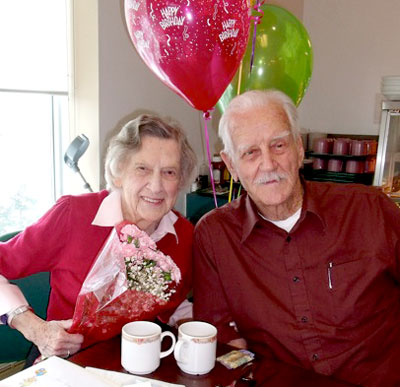 Charlie and Ruth Snider on her 90th birthday.

Charles and Ruth Snider will celebrate their 70th wedding anniversary on August 15, 2012. They were married in 1942. If you’d like to send a card, use this address:

Ruth Snider is an ordained minister and former pastor in Ontario Conference, as well as a former member of the denominational board of missions and former director of Food for the Hungry Canada. Charlie has worked on numerous building projects throughout the world. Charlie turned 90 in 2009, and Ruth in 2010.