Since the start of the US National Conference a little over a week ago, the United Brethren Facebook page has gained 75 followers–or more technically, “likes.”

I posted several hundred photos from National Conference last week. Posting photos, I’ve found, always draws new people to your Facebook page. I’ve seen that with the Facebook page for my own church, Anchor Community Church. I frequently post photos that I’ve taken at Anchor events. When you “tag” someone in a photo–that is, when you identify a Facebook member in a photo–then that photo appears on their own Facebook wall. That makes it visible to all of their friends.

In Anchor’s case, the people who “like” Anchor’s page average 300 Facebook friends of their own. Most of those friends have probably never been to the Anchor page. But when they see a photo of their friend or relative, they click on on it, and suddenly there they are, on Anchor’s page. Some of them, then, tag people in photos who may be on their own Facebook friend list, but who may not be on Anchor’s “like” list…yet. Then those photos appear on other people’s walls, visible to a whole new set of friends–a second degree of separation, if you will.

One or two degrees of separation quickly adds up.  If Anchor’s page has 300 friends, and each of those persons have 300 friends (and that’s the actual average–I checked a while back), you’re talking 90,000 people…each of whom have 300 friends. Sure, lots and lots of duplication. But still.

That no doubt explains the surge in “likes” for the UB page. I’ve tagged United Brethren people in many of the photos. So, for instance, when UB persons see a photo of their pastor at the conference, they click on the photo to see what it’s about, and find themselves on the United Brethren page. And they think, “I didn’t realize there was a United Brethren Facebook page.” They click the “like” button…and there you have it, 75 new people added just because I posted some photos.

Competing against teams from around the world, four teams from the EXCEL business administration, human resource management, and not-for-profit leadership degrees competed in mid-December in a business simulation competition hosted by GLO-BUS. The GLO-BUS competition helps students learn how to make decisions faced by everyday companies by placing them in circumstances that parallel real-world conditions.

This is the first year that the university has participated in this competition. 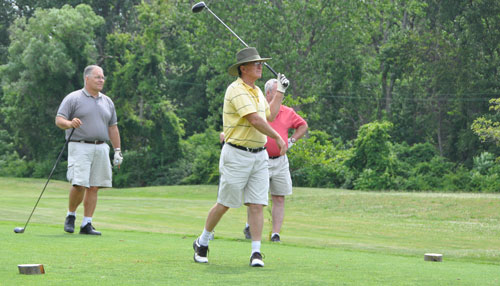 Terry Smith headed up the Golf Scramble at the UB National Conference, as he did in 2007 and 2009. Terry is Congregational Care Pastor at Mainstreet Church in Walbridge, Ohio.

The Golf Scramble–an 18-hole, four-person scramble–was held on Thursday, July 7, on the golf course at Saw Mill Creek Resort, where the conference was held. It started right after the business session ended on Thursday. 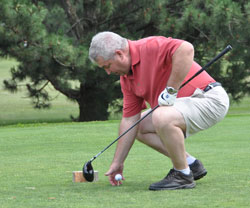 There were 44 participants, coming from churches across the denomination.

The winning team consisted of Craig Mickey, Brent Stinger, Dennis Miller, and John Fisher with a score of 64 (seven under par). They all received UB golf shirts for winning.

The last place team consisted of John Erwin, Edgar Harman, Darren Duncan, and Dave Luther, with a score of 75 (four over par). They all received a bag of practice balls.

Gift certificates were given to:

Golf shirts were given to:

13 Jul Recognizing Churches that Give to Missions 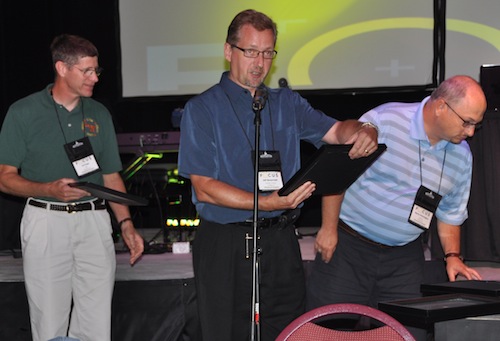 Jeff Bleijerveld (center) giving certificates to the top-giving churches. On the left is Art Page, senior pastor of Salem UB (Chambersburg, Pa.), and on the right is Marty Pennington, senior pastor of Mainstreet Church (Walbridge, Ohio).

Global Ministries is very blessed to be the international arm of the United Brethren in Christ. On July 7, during the National Conference business meeting, we acknowledged those who were the largest donors to our ministry during the previous year (2010). The top ten churches, in terms of total giving to Global Ministries, are listed below.

This year we added one more category: the per-captial award. That recognition went to Log Cabin United Brethren in Boise, Idaho. Although, they have an average attendance of just 26, they gave more per member than any other church in the denomination. Their divided their giving fairly evenly between missionary support and relief needs.

The first annual Fandana Festival is coming to the Huntington University campus August 11-13, 2011.

More than 30 bands will perform on multiple stages around campus, including Switchfoot, Sidewalk Prophets, Photoside Cafe, Attaboy, and Me in Motion. The festival will also feature an indie band competition, seminars, and an indie film component.

The campus will be buzzing from Thursday afternoon through Saturday with fun for the whole family. Overnight lodging is also available in residence halls for individuals or groups.

Mark Choi, mission director for Hong Kong Conference, reports that a group of 20 adults and children from the Hong Kong churches will leave for Thailand tomorrow, July 14. They will spend six days with our two churches in Thailand, teaching four classes of English to 90 students, and conducting a carnival with students in the Chinese high school.

13 Jul Jamaica: a Community in Fear

Owen Gordon (right), a UB minister in Jamaica and president of Jamaica Bible College, sent this note on July 11.

“Over the last several weeks, there has been a series of violent incidents and killings in the York Town area. The result is that persons have been shot, members of the community and church have been traumatized, and the citizens are living in fear. Persons are afraid to venture outside after dark. Our Sunday and Wednesday night meetings are sparsely attended.

“Having just started to minister at York Town since April, I believe God sent me to York Town for a purpose, and I am appealing for special prayer not just for the United Brethren church, but for the other churches in the community. Pray for much wisdom as we seek to lead the people of God, provide encouragement and guidance for the community, and trust God for a restoration of peace and calmness in the community.

“One of the persons shot will be buried on July 23, with the service being held at the church at 10 am.”

Here’s another photo montage from the US National Conference. It’s longer than the previous one–9 minutes. The photos show the entire conference, from setup on Tuesday to the end of the Saturday morning service on July 9.

The 2011 US National Conference concluded with a photo montage from the week (excluding the final day, Saturday, of course). Here is that video. Y The video was done by Chris Kuntz, who is on staff at Emmanuel Community Church (Fort Wayne, Ind.), and coordinated the behind-the-scenes music/sound/lighting/etc. stuff at national conference.

On July 4, a ceremony at Sauder Village in Archbold, Ohio, saw 56 people become American citizens. Among them was Evelyn Mahas, whose husband, Tom, is youth pastor at Bethel UB church in Elmore, Ohio.

“I really wanted to be able to vote,” said Evelyn. “And if I have kids, I will be certain of their safety.”

Evelyn, a 26-year-old music therapist, was born in Canada but has lived in the United States since age 12. Six other Canadians became US citizens during the ceremony, along with persons from 25 other countries. The online Toledo Blade published an article about it.