A CT-Scan has shown that Rev. Martin Magnus, a long-time pastor in Ontario, has a brain tumor. His son, Brian Magnus, President of the UB Church in Canada, sent this report.

“He has a glioblastoma which appears to have been there a while. The report also speaks of vasogenic edema, metastatic lesions and suggestions of necrosis. I think that means it’s a tumor that has some dead tissue within it, swelling of the brain and blood vessels surrounding it, and perhaps a connection to another tumor elsewhere (primary tumor vs. secondary tumor).

“Currently it’s about 5 cm X 3 cm (1″ X 2”) and is on the surface of the cerebrum. Dad goes in to the London University Hospital next Wednesday (April 23) for a biopsy. They’ll decide on their plan of attack after that.

“He had the CT-Scan because he’d had a few ‘absent spells’ where he’d just go into a daze for a minute or so. Not good, especially when you’re driving! His only symptoms to this point were these black-outs over the last eight or ten months, which he thought were ended with a change in his glaucoma medication.

“Dad is a United Brethren minister, pastoring in Canada and Michigan from 1956 to 1990. He and my Mom, Lois, live a very busy retirement life in Kitchener, Ontario where they are active in the Stanley Park Church and also in the United Brethren Church in Canada (Dad just preached for me here in Guelph a few weeks ago). They have five kids, 12 grandchildren and thousands of friends.

“Dad and Mom and all of us would covet your prayers at this time.” 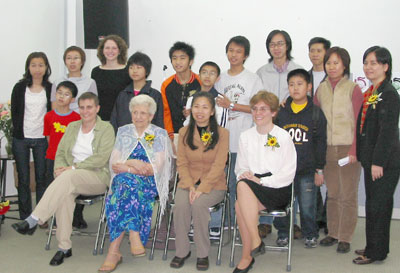 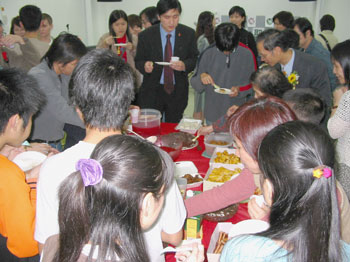 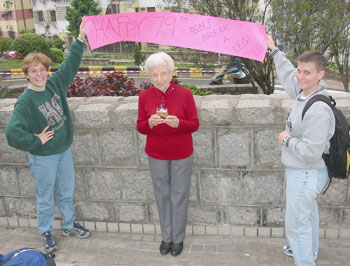