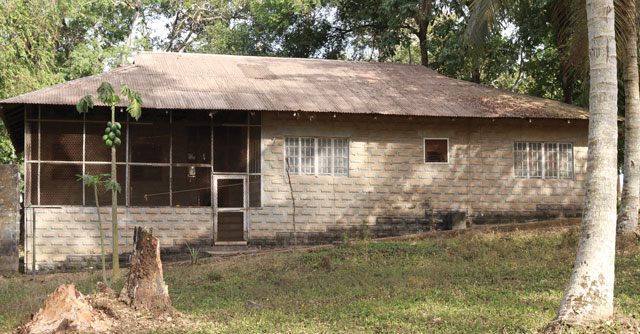 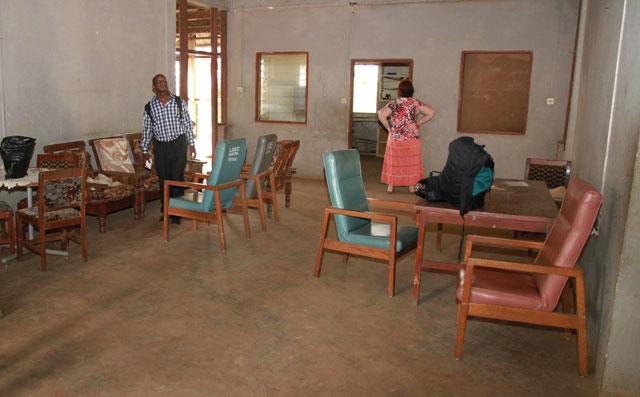 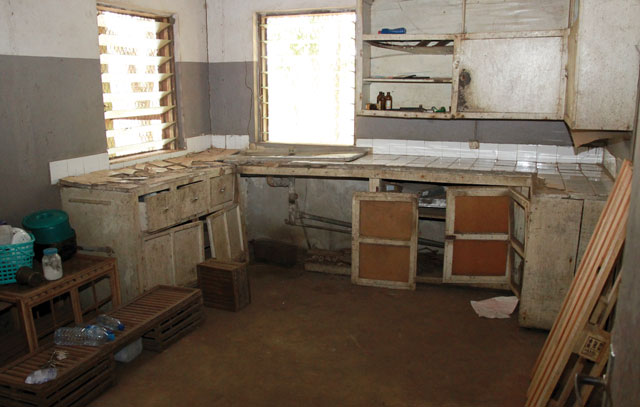 The kitchen in disrepair.

Global Ministries is looking for individuals to become part of a construction team to do building restoration on Harmonie House on the Mattru Hospital compound. In the past, Harmonie House was a dormitory for nurses. It will be used to house medical teams and personnel working at Mattru Hospital.

The trip will take place in January 10-24, 2014. We would like to send a team of at least 6 individuals who have a knowledge of general construction. Requirements for this trip include the following:

Global Ministries will work with each applicant in acquiring a special entry visa into Sierra Leone.

For more information and an application form, please contact Donna Hollopeter at 888-622-3019 ext. 306, or by sending an email to donna@ub.org

Friday, June 28, will be a special day at the US National Conference. We’ll have workshops in the morning. Then, in the afternoon, everyone will travel down the road to Huntington University, where we’ll have the run of the campus. There will be tours of various buildings. An open house at the UB Historical Center. Inflatable games for kids. A picnic BBQ supper.

And a concluding worship concert with Todd Agnew.

Todd Agnew is a contemporary Christian musician and songwriter from Dallas, Texas. He is best known for writing the song “Grace Like Rain,” a version of the hymn “Amazing Grace.” Agnew has put out seven albums.

Agnew was born in Dallas, Texas, to a Native American mother, but was adopted at birth by a Caucasian couple. In 1999, Agnew began traveling to Memphis to help with a city-wide Bible study for college students and singles. During this time he began writing and introducing songs to the group which would later become songs on the record “Grace Like Rain.” He eventually move to Memphis to help plant a church, which developed through the Bible study into Highpoint Church. After a number of years touring out of Memphis, Agnew was married in 2008 and moved back to Texas. He currently lives in Austin, Texas, with his wife, Jenny, and two children.

We look forward to worshiping under Todd Agnew’s leadership on that Friday night.

Have you registered yet? Everything you need to know is at: UB2013.org

A nominating committee is at work developing two ballots for the upcoming US National Conference:

The nominating committee consists of:

The nominating committee will present its report directly to the National Conference. When the report is finalized (probably not until May or June), it will be published on the US National Conference website under the “Business” tab.