We’re excited with the progress being made at the Mattru UBC Hospital in Sierra Leone as our UB Global staff work alongside our national leadership and hospital staff. While struggles and challenges remain, everyone has been pulling together and trusting the Lord for His help. Here are a few ways your gifts and prayers are making a difference. 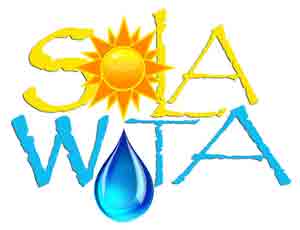 Matt Asher and his team have rewired the hospital in preparation for solar power. The first of three containers of solar panels has arrived at the port in Freetown and will be cleared and transported down to Mattru in the coming weeks.

The water packaging business, Sola Wata, has opened and is producing pure packaged water. The business is not only a source of healthy water for the district but will be a sustainable source of funding for the hospital. 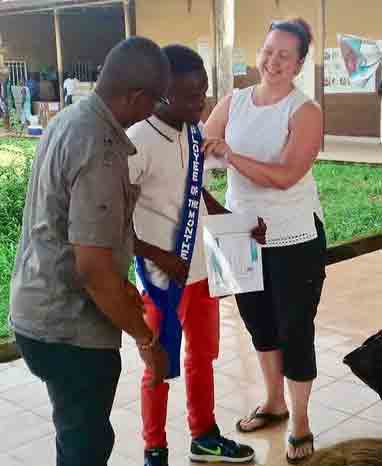 Pamela McKee recognizing an “Employee of the Month”

Numbers of patients at the hospital have increased steadily as people in the district know that quality medical care is being provided. In a live radio interview, hospital staff encouraged people to bring children with suspected malaria right away. With early diagnosis and malaria medications funded by donors, more children are recovering.

Since the team arrived in March, there have been no maternal deaths. Bonthe District, where only two hospitals serve 200,000 people, has one of the highest rates of maternal death in the world. Dr. Jon Yoder and Dr. Harrison (from Nigeria) have provided excellent medical care.

In her role as head matron, Pamela McKee is training and encouraging hospital staff and the many student nurses who serve from the nursing school. She has instituted monthly employee and ward of the month contests to improve morale and excellence. 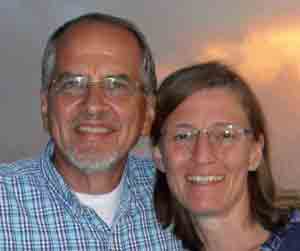 Heleen Yoder has led the opening of a psychosocial unit for child survivors of gender-based violence. Seven hospital staff have completed training in medical and psychosocial care for these children.

Heleen writes, “One of the most popular training sessions was a discussion of the story of Amnon and Tamar (2 Samuel 13). The story resembles many aspects of Sierra Leone society: a polygamous household, a father who doesn’t know his children well (and sets a bad example), a dutiful daughter obeying her father, a powerless girl facing rape, bystanders (the servants) who close their eyes to a girl at risk, a brother who tells her sister to ‘be quiet’ after the rape, a father who is angry but does not take action, a girl who loses the prospect of marriage….None of the participants had come across this Bible story before, and it provided much room for discussion.”

Please pray for our team and the hospital staff—for unity, excellence in providing care, and that the hospital would be a real source of physical, emotional, and spiritual health and light in the community. 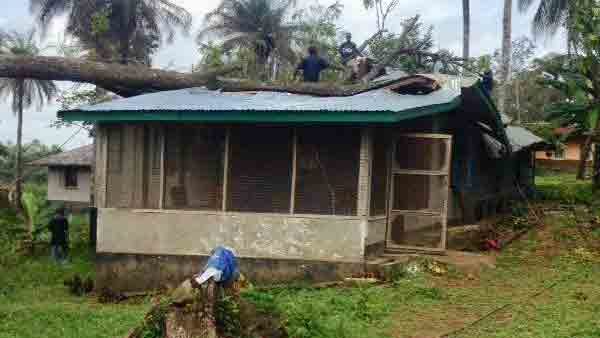 The Yoder home after the tree fell.

With so many good things happening at Mattru Hospital, it came as a shock to Dr. Jon and Heleen Yoder when a large tree fell on their house on August 8. Fortunately, no one was in the house at the time, but as you can see in the photo, the house was severely damaged.

In messages sent back and forth to Michelle Harris, UB Global Associate Director, Jon and Heleen said that while the damage to their home is of great concern, their hearts were more burdened by the passing of a 20-year-old woman at the hospital that morning. It’s all a matter of perspective.

Would you pray for Jon and Heleen and for UB Global as we figure out temporary lodging and repair the damage, while they continue ministering at the hospital day-by-day? Let’s trust God for his provision to repair the house and care for the many other needs at the hospital. He is never taken by surprise.

UB Global continues to provide salary support for Sierra Leonean hospital staff. But with the focus on the solar water project and other funding needs, we currently have a shortage of money designated for salaries. Please consider helping to fund the hospital staff as they serve faithfully in Mattru.

Contributions can be sent to: