18 Oct A Jam Session with the Pachecos 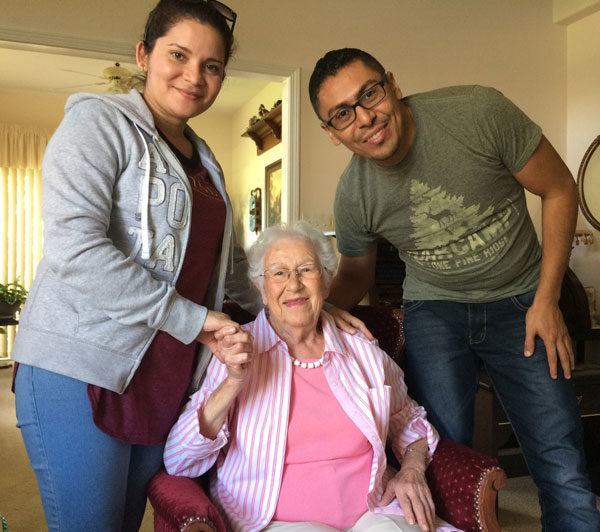 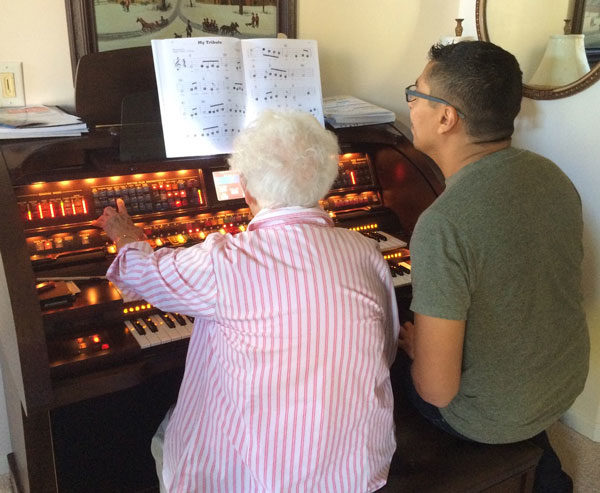 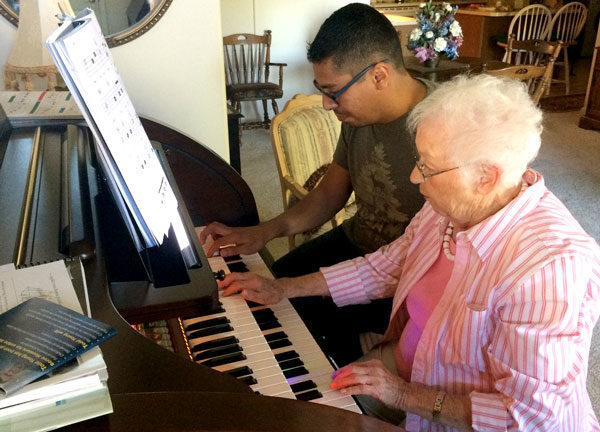 Milton and Erika Pacheco, a Honduran couple, are in the States this fall raising support as they prepare to become United Brethren missionaries in Thailand. A few days ago they had the opportunity to visit Rosanna Dunn, the maternal grandmother of Brian Glunt, one of their Thailand team members. Rosanna, 93, is supporting the Pachecos financially and through prayer.

Rosanna, who lives north of Indianapolis, started learning to play the electric organ in her 80s. she and Milton, a talented musician, were able to have a little jam session.