25 Nov The Story of Three Containers for Sierra Leone 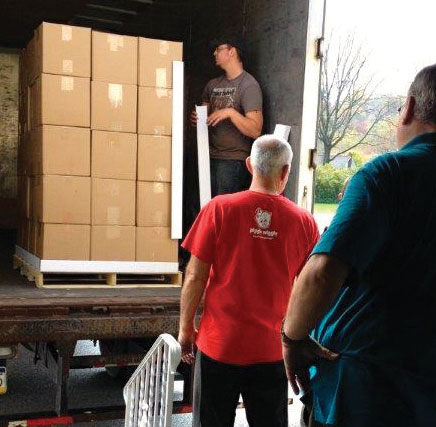 A pallet of food being loaded onto a truck at Cochranton Community Church, for shipment to Sierra Leone. 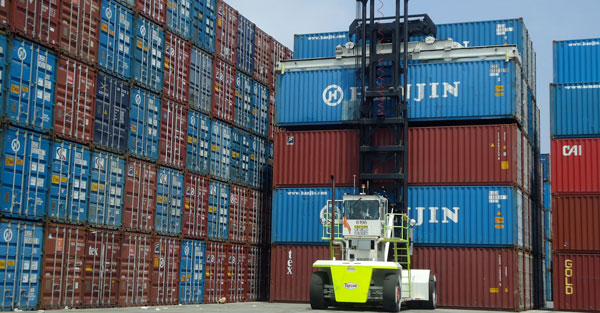 Containers at a shipyard.

United Brethren pastors Joe Abu (Philadelphia, Pa.) and Michael Mudge (Cumberland, Md.) worked with a cluster of UB churches in Maryland, West Virginia, Virginia, and Pennsylvania to fill a 20-foot container with medical supplies and equipment. The churches secured donations, purchased items, and raised all but $2000 of the $8000 needed to send the shipment. The additional $2000 was provided from generous gifts sent to Global Ministries.

Another container with food items donated by UBs is now on its way to Sierra Leone through the organization Brother’s Brother, and we funded a second container filled with medical supplies for sierra Leone.

Global Ministries learned that the Brother’s Brother was sending a 40-foot container of medical and relief supplies to Sierra Leone (in 2010, Brother’s Brother provided 76 hospital beds to Mattru Hospital). They had room for one pallet of food items and offered it to us, but we had to get the pallet to Pittsburgh within two weeks.

Pastor Steve Clulow and his folks at Cochranton UB church (Cochranton, Pa.) offered to receive all donated food and prepare the pallet. With the help of Dave Staples, a church member who owns a shipping supplies company, they delivered the pallet in time.

A Baptist group paid the $11,000 needed to send that container; other containers were funded by other denominations. We agreed to underwrite the next container, and once again UB donors stepped forward. When Brother’s Brother told us they had the next container packed with nearly $400,000 of medical supplies, we were able to send a check for $11,000 that same day and commit to covering the clearing fees once the container arrived in Freetown.