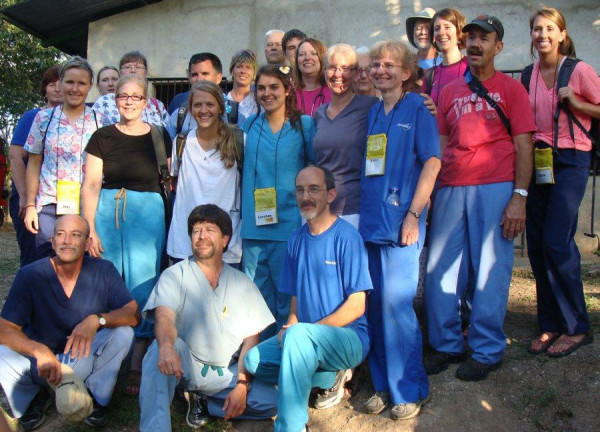 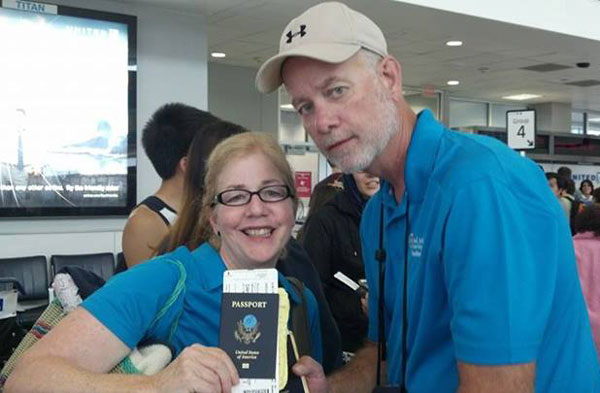 The trip was led by Robert and Fonda Cassidy, from Mt. Olivet UB church in Mt. Solon, Va.

The team found time for some zip-lining.

A medical team of of 25 people spent June 13-21 in Nicaragua conducting medical clinics. They came from 10 different states, from Kansas to the east coast, and ranged in age from 14 to the 70s. The initial plan was to conduct five clinics in the area around Masaya, where the Nicaragua Conference is headquartered. However, circumstances reduced that to just three clinics. Nevertheless, they were able to treat 1428 patients, and get another 552 persons fitted with eyeglasses.

Robert and Fonda Cassidy, from Mt. Solon UB church (Mt. Solon, Va.), led the trip. They had led summer medical teams to Honduras for many years. Fonda, a nurse, has served as a volunteer in a variety of countries. Requests had come to expand the medical ministry to other Central American countries, not just Honduras. This was the first attempt at that. 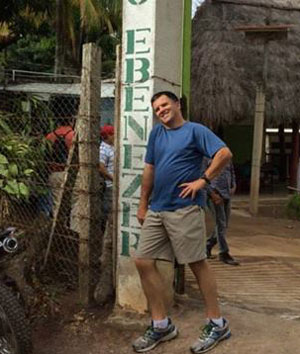 Team member David Gregory, associate dean of the University of Mississippi School of pharmacy, at Rancho Ebenezer, a large facility located in the mountain outside of Masaya. This is where the team stayed.

They arrived on a Friday, with plans to conduct the first clinic on Saturday. But there were complications, as Fonda Cassidy explains.

“At the beginning we had some difficulty dealing with the government, who would not released our meds to us for the first days. We had completed everything they had asked prior to our arrival, but oh well, they wanted a lot more. Everyone rallied and prayed and sent messages home to family, church families, and friends to pray for the situation. Jeff Bleijerveld, director of Global Ministries, rescued us from the US side and had a lawyer respond to some legal needs. We worked feverishly, and as God would have it, they finally released to us our medicines.”

The first of the three clinics was finally held on Tuesday, June 17.

“God was glorified, and our clinics were awesome,” says Fonda. “We worked with Juan Pavon (Nicaraguan superintendent) and Pastor Jesus Vega. They were truly the rock and stayed by our side for support and guidance. Our team was flexible and continued to be upbeat about our situation. As all situations are learning, we learned a lot. God kept us healthy and protected us as we traveled in country.

“With many acts of love and medical care, we felt that we were truly able to share God’s love and helps of healing to the many doors in Nicaragua that we walked through, shining the light that God gave us to carry!”