22 May All 11 Honduran Districts United in Training Emphasis 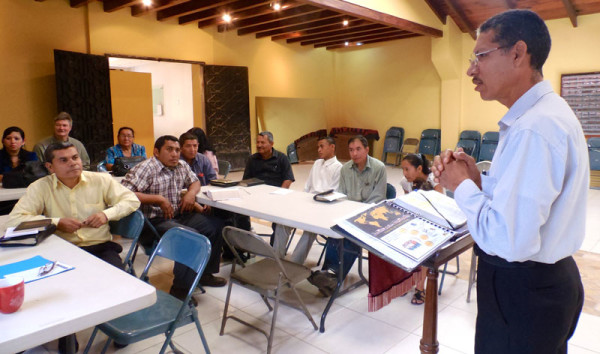 Honduras National Conference wants to get all of their churches involved in a new approach to discipleship, leadership development, and church multiplication. The conference is divided into 11 districts. This past week District 8, in south-central Honduras, was the last to officially join in.

The program, known as BILD, emphasizes the centrality of the local church in making disciples, training leaders, planting churches, and sending missionaries. As a result, discipleship is not a one-on-one function, nor is theological study institutionalized. Rather, these and other multiplication activities are church-based.

The materials being used are simple in their delivery and yet profound in their depth. Participants who recently completed the discipleship portion and were moving on to the two-year Book of Acts study said they grew immensely through their interaction with the Word in the context of a small group, and felt they were now more competent to live out their faith in word and action.