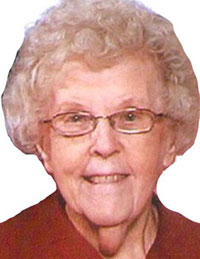 Pauline R. Stephens-Hall, 96, of Bellefontaine, Ohio, passed away Thursday, August 8, 2013. She was an ordained minister in the United Brethren church, serving as a pastor for 31 years and associate pastor for 5 years. She retired in 1979.

Pauline and her husband, Dale, were married in 1941 and had two children. Dave Stephens, is an ordained United Brethren minister who is director of Camp Cotubic in Bellefontaine, Ohio. Her daughter, Dalene, preceded her in death. Dale passed away in 1985.

United Brethren ministers Kenneth Graham and Roger Overmyer will officiate at the funeral.

Burial will be in the Mt. Zion Cemetery, Wayne, Ohio, at a later date.

In lieu of flowers, the family has requested that memorial contributions be made to Camp Cotubic, a place she loved and supported. You can view her obituary on the Eichholtz Funeral Homes page. 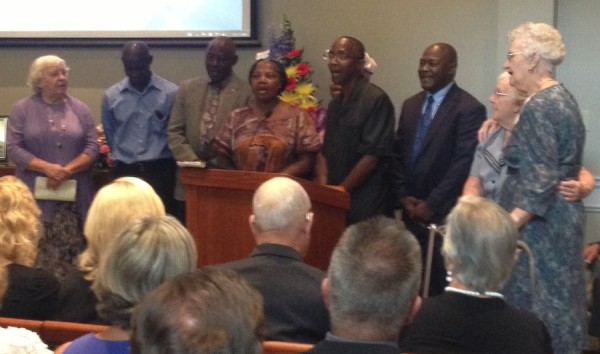 The African Choir at the funeral of Ruth Benner on August 7.

An African Choir sang during the funeral of Ruth Benner on Wednesday, August 7. The choir consisted of Sierra Leonean nationals and former missionaries. they sang a number of Mende songs of worship during the funeral in Port Colborne, Ontario.

For the sixth consecutive year, Huntington University has been named one of the best colleges in the Midwest by The Princeton Review. HU was listed among 154 other schools in the “Best in the Midwest” section of Princeton’s “2014 Best Colleges: Region by Region.”

The Princeton Review asks students attending the schools to rate their own schools on several issues — from the accessibility of their professors to quality of their science lab facilities — and answer questions about themselves, their fellow students, and campus life.

Surveyed HU students said that “Jesus Christ is the center of every aspect of the University, from the classroom to everyday life.” Other students called it a “wonderful environment” and a place that has “a strong sense of Christ-like values.” 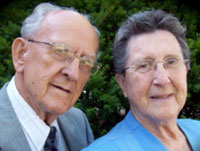 In addition, sons Dave and Phil and their families have also served as United Brethren missionaries and pastors.

The family of the Burketts invite you to help Marion and Frances celebrate their anniversary with a surprise card shower. 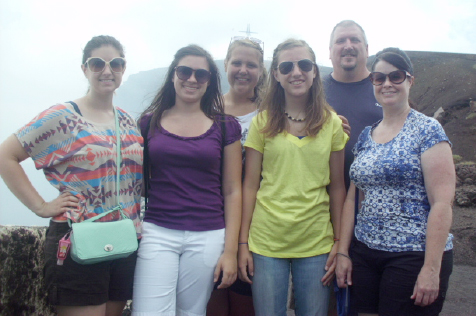 A team of four youth and two adults from Criders UB church (Chambersburg, Pa.) traveled to Masaya, Nicaragua, in July. Working with Jeff Dice, they helped with the conference center building project and completed some paint projects for Pastor Juan Pavon.

They also planned and ran a Kids Camp program at one of the local UB churches. About 75 children attended. They invited parents to the closing service, and about 125 New Testaments were given out to the children and their parents.

05 Aug Out to the Ballgame 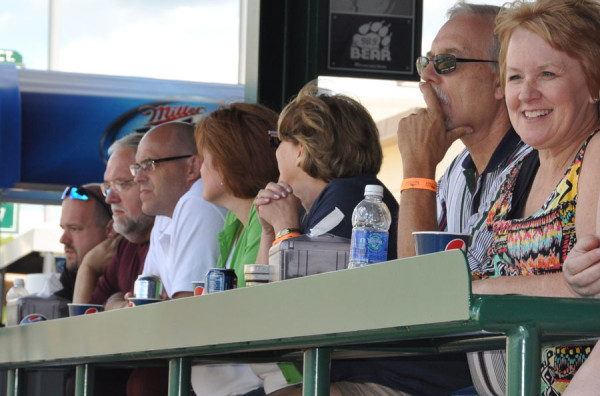 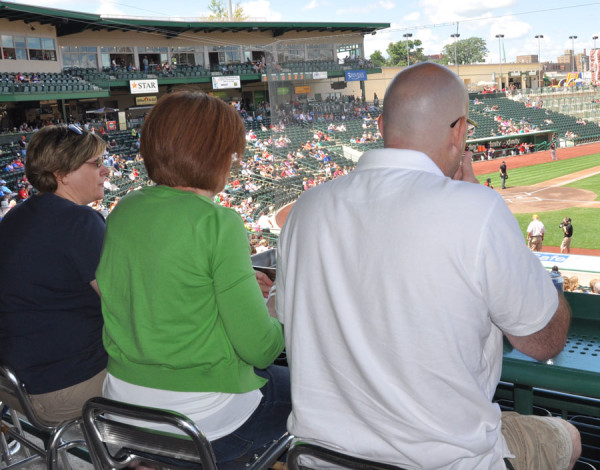 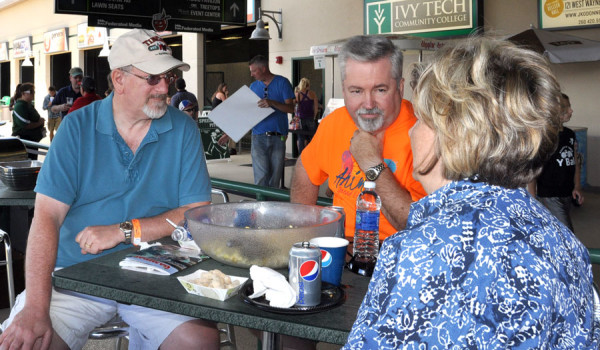 Sunday afternoon, August 4, was “Take Me Out to the Ballgame” Day for the staff of the United Brethren national office in Huntington, Ind. A few were on vacation or traveling, or otherwise unable to attend. But a good number of them, along with some family and friends, attended a Tin Caps game in Fort Wayne, Ind. The Tin Caps are a minor league (single A) team of the San Diego Padres.

Because of the need to make up a game cancelled because of rain, the August 4 game was turned into a double-header (both only 7 innings long). The Lansing Lugnuts won the first game, and the Tin Caps prevailed in the second.

A photo gallery from the outing can be found on Facebook.

One of the names from my childhood was Ruth Benner, a single missionary who served in Sierra Leone 1965-1972. Ruth passed away last week. Her funeral is tomorrow, August 6, in Port Colborne, Ontario.

Ruth, a Canadian, served a number of years in leadership with the denominational Women’s Missionary Fellowship and on the Global Ministries leadership team. In those capacities, she came through Huntington, Ind., (where I work) many times. I didn’t know her well, but I was around her quite a bit.

Ruth is one of those persons who always seemed to be in a cheerful mood. She had a distinctive voice, and a ready laugh. You enjoyed being around Ruth. Observing her relationships with other persons, especially former missionaries, it seemed she excelled at friendship. I can’t think of a single even slightly negative thing I ever heard about Ruth. She always struck me as a genuinely good person with a pure heart and an enviable sunny disposition. Ruth served just seven years as a missionary, but those years very much formed who she was and what she was passionate about.

Ruth made the world a better place, and she will be missed.

Ruth Benner, a former United Brethren missionary in Sierra Leone, passed away quietly just after 8 am on August 1, 2013.  She had been struggling with cancer for several months.

Ruth served two terms in Sierra Leone. From 1965-1968, she served at the Bumpe Girls’ School–a teacher the first year, and later principal and teacher. From 1969-1972, her work was divided between Minnie Mull School at Bonthe and Mattru. She also became Associate Secretary of Christian Education for the conference, a role in which she traveled to various places to conduct courses for both teachers and students. Her work also involved Christian Endeavor and helping with Vacation Bible School in nearby villages.

After returning from the field, Ruth remained involved in UB mission work at her own church, and also in denominational roles with the Women’s Missionary Fellowship and the Global Ministries Leadership Team.

Arrangements have not yet been completed, but will be passed along when they are finalized. Please pray for all who loved Ruth, and especially her cousin and housemate for many years, Carol Coopman. She can be reached as follows: