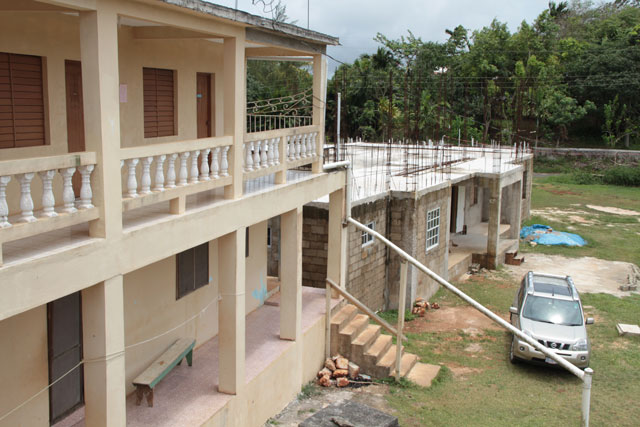 The new dormitory at Malvern Camp, though unfinished, was used during Jamaica National Conference this spring.

Dwight and Patti Kuntz will return to Jamaica on July 2 and would like to take a small work team with them specifically to do some finishing work on the first floor of the dormitory building at Malvern. They need a team of 5-6 people for the week of July 2 – 9. The work will include tiling floors, installing fixtures in bathrooms, and other work.

Though the building is not yet completed, it was used to house pastors at the annual conference in March of this year. The photo above shows the project as it stands now.