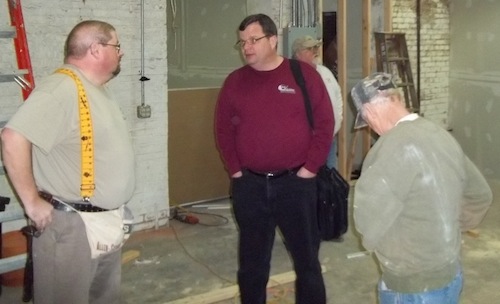 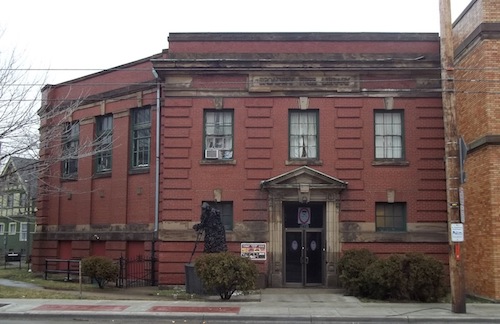 Prince Street Church became connected with Jeff Bodziony, pastor of Forward Church, through another partner in the Cleveland area, United Brethren pastor Andy Sikora, who leads ReNew Communities. Prince Street has been a financial partner of ReNew for the past few years, responding to Andy’s call for supporters at the 2011 US national conference.

This is the third team Prince Street has sent to the Cleveland area. Previous teams have partnered with Forward Church and the Cleveland Browns to restore a playground in the the community.

Forward Church meets in the lower level of a former Cleveland Public Library building constructed as of gift by Andrew Carnegie in 1905. This team installed walls and drop ceilings to create two spaces: one to be used as a nursery, the other to serve as a place to minister to students through 8 years old. 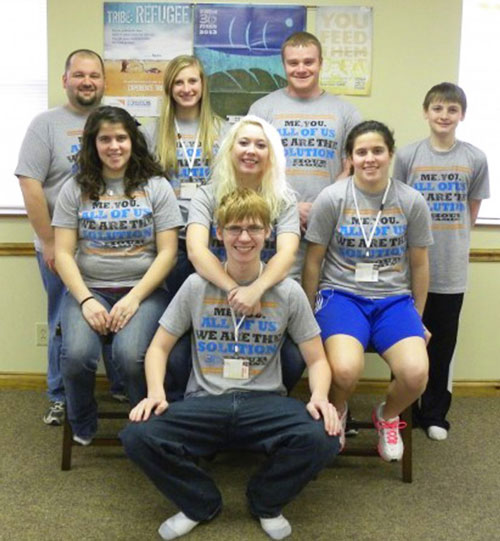 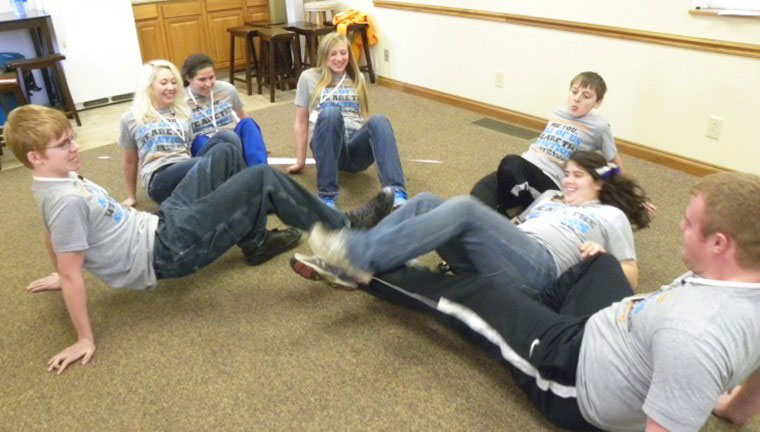 Most young men and women were out having fun last weekend eating food, shopping, or doing other fun activities with their friends.

However, also at that time, several young men and women from the Shepherd of the Valley United Brethren in Christ Church (Logan, Ohio) participated in a 30-hour famine to raise awareness about world hunger.

This group of young men and women participated in a nationwide event that will continue through April. It involves some 200,000 youth who go hungry to raise funds and hunger awareness.

Those participating in the 30-Hour Famine gave up food for 30 hours to get a taste of what the world’s poorest children face every day. During this event, participants consumed only water and juice.

According to the organization World Vision, every day nearly 870 million people go to bed hungry.

The goal this year was to raise $10.5 million in the U.S. The local youth group at Shepherd of the Valley raised $1,540 and will continue to accept donations through the end of March.

Youth leader Jason Sheets (right) said, “One dollar can help feed and care for one child per day. You can donate any amount you feel comfortable with, but the goal is to get everyone to donate $30. That will feed a child for one month.”

Funds raised this year will go toward relief and development work in 10 countries. Some funds also are directed toward the World Vision programs in the U.S.

“This is the world’s largest teen hunger awareness campaign, and our group is a part of this event,” Sheets explained.

The group participated in many activities to steer their minds from food, including making a soccer ball from twine, duct tape, paper bags, and cloth.

“Kids in poor countries don’t have the money to buy soccer balls like we do,” explained Cathy Burcham. “This was a lesson for us on how to make do with what materials we have.”

The group then played “crab crawl” soccer without the use of their hands inside the building. While the game appeared quite hard, the group had a great time and enjoyed the challenge.

Another game was a jumping game which gave the group an insight into how many individuals in underprivileged countries have struggled while fleeing a country for new lands. The group tied twine to stools at different levels and had to “cross the border” without breaking down the twine. This activity made the group think of different ways to cross the border because of the various heights. Some stood on the backs of others to cross; some stood on stools pretending the stools were rocks; some simply used the outside areas pretending there was a hole in the fenced border.

“Overall, I think they have coped well,” remarked Sheets. “It gets harder when it comes down to the homestretch.”

Burcham added, “It’s hard, but worth it because it’s for a good cause.”

Those participating in the famine surprised the church congregation Sunday morning, February 24, with a paper chain of 1,280 links representing the amount of money raised during the famine. The chain was made on Saturday when the group had collected $1,280 in donations. However by Sunday morning, the group raised more money, bringing their total to $1,540.

While most thought it was difficult to go without eating, they all felt it was worth it in the end and realized how lucky they are to have food, unlike some children in Africa and other poor countries.

Many were excited once the famine was over. Christy Burcham was very happy to see it end and expressed it on her Facebook page. “The 30-hour famine is over! It was such a blessing and encouraging to see young people do things other than for themselves,” she said.

According to Sheets, there are 925 million hungry people in the world. “That’s three times the population of the U.S.,” he remarked. “One in three people in countries like Africa live on less than $2 per day, while the average American lives on $130 each day.”