19 Nov With the UB Churches of Costa Rica 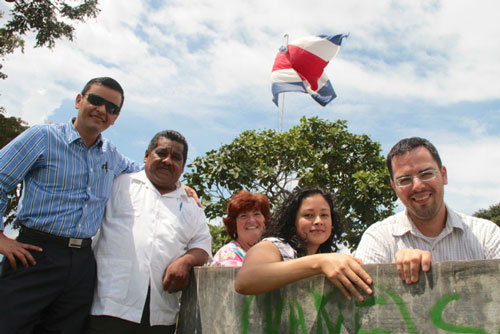 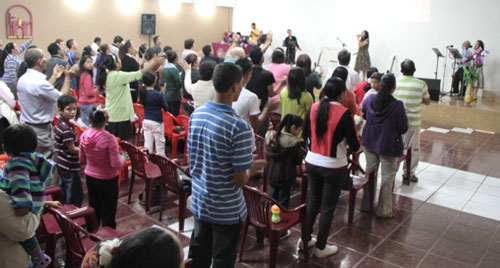 On September 5-7, I visited Costa Rica with Global Ministries associate director Donna Hollopeter and Kyle Bushre, pastor of Outreach and Missions at King Street UB church in Chambersburg, Pa. Our travels had begun August 26 in Jamaica, then we moved on to Haiti for several days, and then traveled to Central America. After three days in El Salvador, we flew down to Costa Rica, where we have two churches.

During our time in Costa Rica, the Casa de Oracion church was closed after five years of declining attendance and issues related to property, money, and an overall problem of inertia. The day we arrived, Erik Rojas and Juan Pavon laid out the scenario for us and requested our input. It seems it was a difficult yet necessary move. Pastor Juanita was saddened, but seemed to understand.

Erik and Iris Rojas are doing well at Casa de Adoracion. The church is growing, and members recently made significant improvements to the property. However, under the supervision of the previous pastor, the property was registered as a children’s feeding program in order to evade some building code requirements. This limits their ability to have parking and signage.

United Brethren property in Costa Rica will soon be registered under Nicaragua Conference’s legal charter until such time as Costa Rica becomes its own conference and can have property registered in its own name and not that of an individual pastor. This has been a concern of Erik Rojas for some time, having had some negative experiences with other church planters.

We were asked about $16,000 held for church planting in Costa Rica. We agreed that the funds may be spent on improvements to the property at Casa de Adoracion (Guadalupe).

Erik’s seminary studies are going well. He will graduate from his part-time undergraduate studies in 2014 and from his graduate program in 2017. He is studying at the Nazarene Seminario de las Americas. He is being sponsored in part by Salem Chapel in Junction City, Ohio, under the leadership of Pastor Joe Leighton.