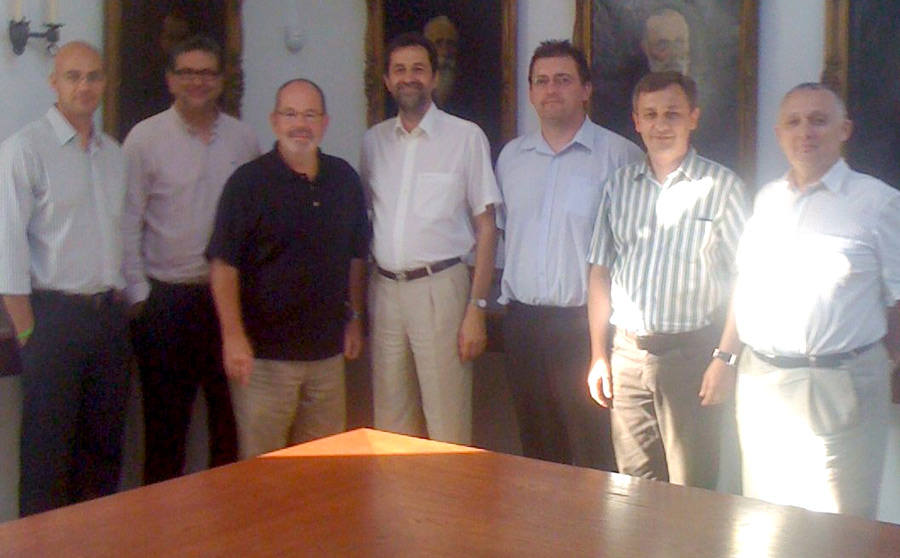 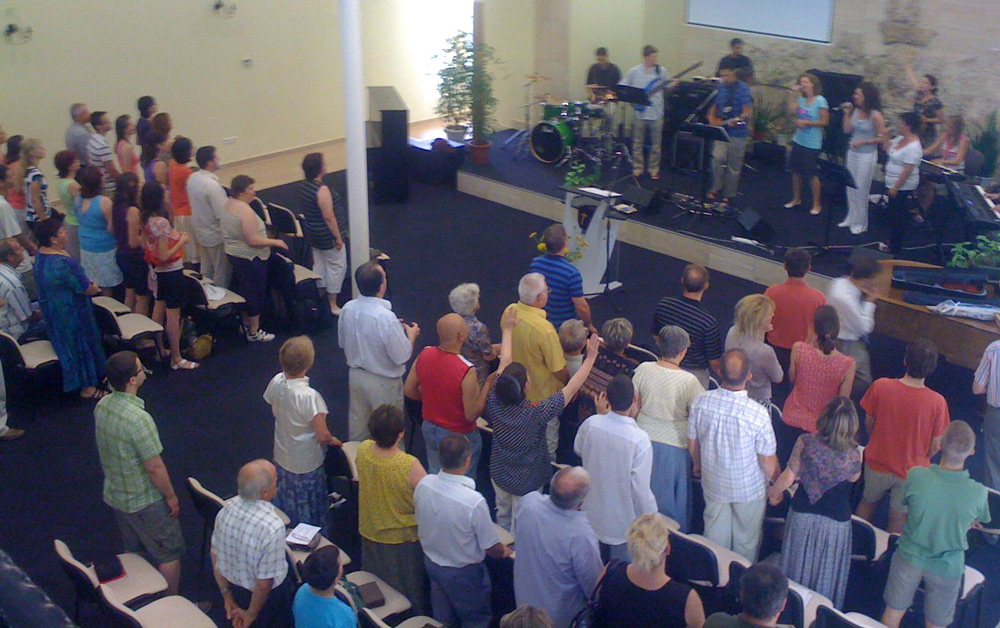 Inside the “church that Lidle built” during the Church Planters Conference. 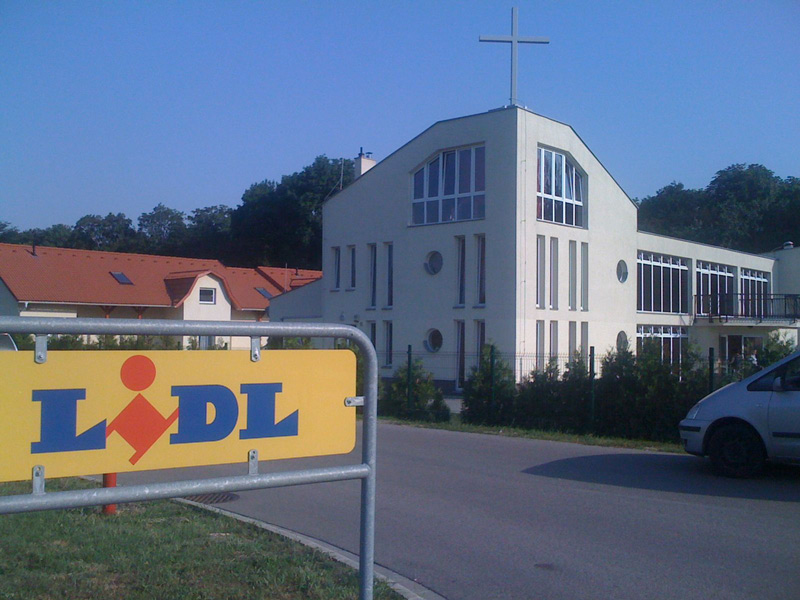 The church and supermarket in partnership.

I recently I had the opportunity to speak to a group of 150 Hungarian church planters and church leaders. The meeting was held in a new church in a village about 30 minutes east of Budapest. They call it the church that Lidle built, because the Lidle Corporation supermarket chain made a deal with them. A smallish church plant bought an older building and began to make it into their church home.

Shortly after they bought the land and building, the Lidle Corporation offered to buy it from them so they could put a supermarket at the strategic location. The church was not interested in selling, but after some negotiation they came to an agreement. The Lidle Corp. would build their supermarket on the front part of the property, and they would build a church building on the back part of the land. They would be able to share the parking and even the large room above the supermarket. It was in this building that the Church Planters Conference was held.

The Hungarian government had decided give oversight of many public schools to religious organizations such as the Roman Catholics, the Lutherans, and the Baptists. Janos Papp, president of the Union (pictured in the center), informed us that the government had just turned over to them the responsibility of 31 schools with a total of 15,000 students and 1,900 teachers. This allows the BU to introduce religious education, and to choose and train the teachers, even though the teachers will be paid by the state. The buildings will continue to belong to the local government who will also be in charge of the maintenance.