09 Aug Out to the Ball Game 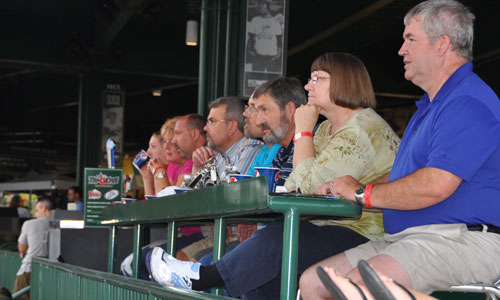 Bishop Phil and Sandy Whipple anchor the the front row. 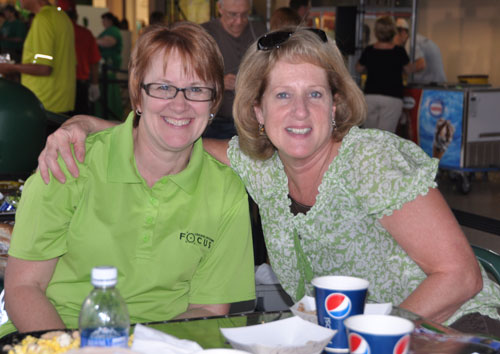 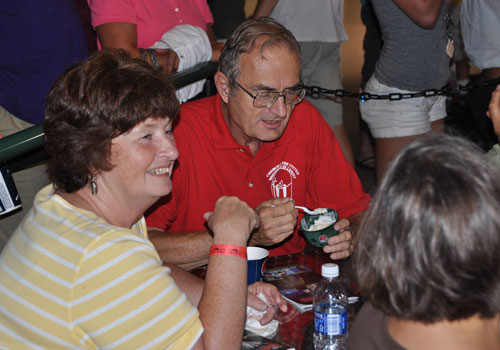 The Healthy Ministry Resources (national office) staff headed out to the ballgame on Monday night, August 8–specifically, to Parkview Stadium in Fort Wayne. There, they saw the minor league Fort Wayne Tin Caps take on the Lansing Lugnuts (and, unfortunately, lost 8-2).

The staff, spouses, and a few other family members occupied a concourse suite, with a great view of the action. And when it rained, they were covered.

The only persons missing were Jeff Bleijerveld, who was in Haiti, accounting clerk Mabel Mundy, and cluster coordinator Denny Miller. 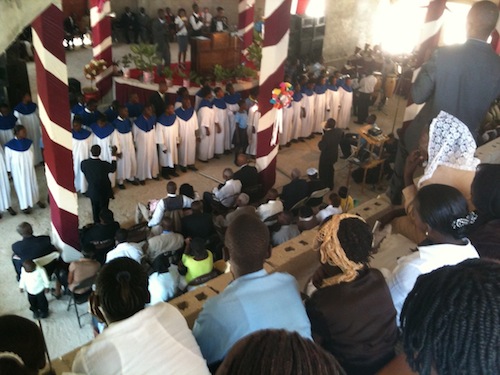 The August 7 Sunday morning service at the Delmas church, concluding a three-day conference for our Haitian churches.

Hard to believe that just four short years ago a gathering of 30 or so held an evangelistic service on the land that now occupies the 800-seat church and conference center in Delmas, Haiti.

Although this is just an iPhone snapshot from Sunday morning’s worship, it gives a sense of the celebratory atmosphere as our 30 churches gathered for three days and nights of fellowship, teaching, and worship (as only Haitians can do).

Attending the service this morning was the mayor of Port Au Prince, the President of Haiti, and delegations from UB churches in Canada and a partner congregation from Paris, France.

The church in Haiti is alive and well. The theme for the three days was from Matthew 14:27, “Don’t be afraid; take courage; I am here.”

Tomorrow we plan to visit schools and micro-economic projects our Haitian UBs are operating with the help of Global Ministries’ partner, CH Global.

The church is now raising money to blacktop the parking lot.

Missions Catalyst is a free, weekly electronic missions digest designed to inspire and equip Christians worldwide for global ministry. It includes missions news, practical ministry ideas, and helpful resources readers can share with others. Editors use information from dozens of missions-oriented news sources. You can subscribe here.

The Mid-Atlantic Annual Missions Day will be held August 23, 2011, at Rhodes Grove Camp in Chambersburg, Pa. The missionary speaker wil be Jennifer Blandin, who is home on furlough from Macau.

A noon meal will be followed by an auction of baked goods, home-grown items, crafts, and good used items. All donations will go to missions. Come and bring your friends.

02 Aug An Overview of Our Work in Thailand 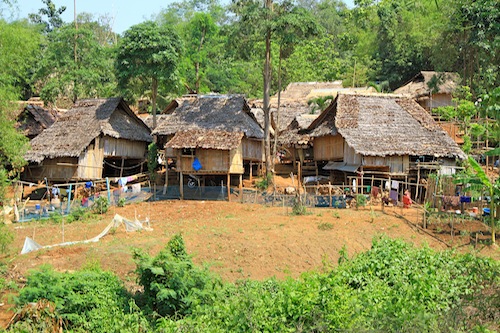 A village in northern Thailand. 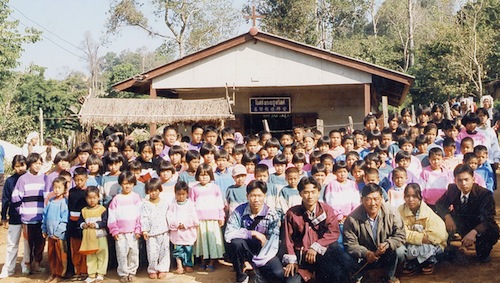 One of our congregations in Thailand.

Background and Current Status of the North Thailand Ministry

The United Brethren churches of Hong Kong (HK CUBC) have developed our ministry in the Northern Thailand mountain areas, close to the border of Myanmar (Burma). Concentrating in the region called “Piao Pai,” there are 3 villages, namely Laozuo, Litao, and Roman (or Loh Mah) villages. Inhabitants of Litao and Roman villages are primarily ethnic minority Ahka who speak the Ahka language. In Laozuo, the inhabitants consists of Chinese (Mandarin speaking), Lahu (Lahu speaking), and Ahka. Many of them cannot speak Thai.

The area is very mountainous with little flat land, and is very remote to other parts of Thailand. The nearest major city is Chiang Rai, which is a two-hour drive through mountainous roads. The mountain people are poor and many do not have a proper national identity card in Thailand. Among the three towns, Laozuo village is more developed and has a government public school, a clinic, and a private Chinese school, Zhongxing Middle School, which provides Chinese education to the local students.

The Piao Pai and neighboring areas along the border with Myanmar and Laos have been under the influence of drug dealers in the past. Known as the “Golden Triangle,” the area’s drug dealers once had their own guerrilla army that controlled the region. The villagers earned a living by growing opium. It was only in the last 10–20 years that the Thai government gradually regained control of the area, but guerrilla drug dealers still operate on the Myanmar side of the border. They cross into Thailand from time to time, and villagers remain under constant threat.

Today villagers have replaced opium with tea, and the economy of the Piao Pai region relies heavily on large plantations. As the area is mountainous with lots of slopes, and the climate is relatively cool compared to most parts of Thailand, it is quite suitable to grow tea. The villagers pick the tea leaves by hand and deliver their crops to collector factories run by Taiwanese. Work is heavy and the income is low. 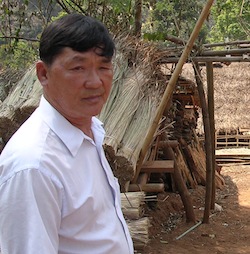 Rev. Lee is the founder and leader of our ministries in northern Thailand.

There are three workers in the Northern Thailand ministry:

Some three years ago, connections were established with the Chinese school in Laozuo village. Short-term teams from Hong Kong have been invited in the past to offer English, health, and recreational group activities. This year, the Hong Kong United Brethren will offer several scholarship awards to the school as well.

The Zhongxing Chinese School is located on a hilltop a short walk from the Student Center, and consists of several one-story classroom buildings that are quite old and out-dated. There are around 350 students in the school, ranging from kindergarten to grade nine. Some of the teachers are immigrants/refugees from the People’s Republic of China. They have found safe haven in the area but are often undocumented.

The school plans to re-develop and update the classrooms, but capital is needed. While it still has no proper accreditation or religious orientation, it has received donations in the past from Caritas (an international charity) and from some Chinese Buddhist temples. A short time ago, the school even approached our mission to see if the United Brethren would be interested in taking over the school and developing it further. However, we recently heard that the school accepted a sum of money from a Chinese temple, though not adequate for the re-development project.

The 2011-2013 UB Discipline is available for download. However, no changes were made at the recent US National Conference. So if you already have the 2009-2011 version, that will suffice for another two years. The only change is the date on the cover.

The Animation Block Party is the largest animation film festival on the East Coast. It is dedicated to screening the world’s best professional, student and independent work of all genres. “Flora” was selected as one of the top 100 films to be featured during the festival out of more than 650 other submitted films.

The film is about a young girl who sets out to decorate her bedroom with origami flowers. However, she is in for a surprise when the room begins to take on a life of its own and transforms into a beautiful garden.

“It is exciting to have my film in a festival and crazy to think about how many people will get to see it,” Swanson said. “I put so much of my time and energy into this project, and getting it into a festival is a reminder that all of the stress and long hours were worth it.”

Swanson, of Lumsden, Saskatchewan, Canada, is a 2011 animation graduate of the digital media arts program.