10 Feb Mexico: Difficulties of Ministry in a Drug Culture 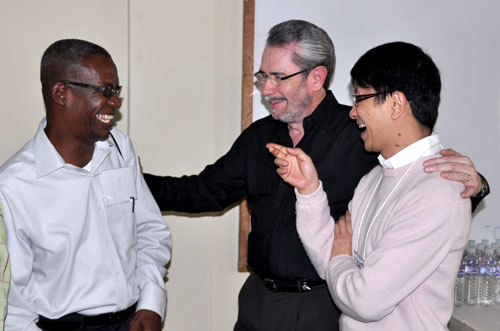 Some of the United Brethren churches in Mexico are in El Paso, Texas, and Juarez, Mexico, two cities which face each other across the Texas border. Denis Casco, Bishop of Mexico Conference, says this work is much different from the work done in central Mexico, because of the drug problems.

“In this area, 30-40 people die every day, including some people from our churches,” he told the General Conference delegates in January. “It’s a very dangerous area.”

Denis says, “To protect myself, I usually take a taxi from El Paso to the border and walk across. I do the same on my way back. I want to protect my life and reputation, but I cannot abandon this area.”