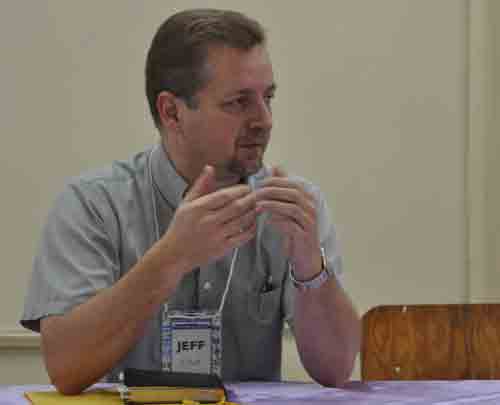 Juanita said something in Spanish, Jeff took it in, evidently translated it mentally to English…and then spoke it back to us in Spanish. This happened several times, and Jeff had no idea what he was doing…until people started chuckling. Then he finally realized what he was doing.

“I told you I wasn’t a good translator,” he laughed.