Praise Point UB church in Wilshire, Ohio, is looking to hire a fulltime Associate Pastor of Youth and Worship.

Ministry Purpose: To lead and oversee middle and high school ministries by developing a balance of winning young people to Christ, teaching them the Scriptures, and training them in Christlikeness and foster the Transformation that Holy Spirit produces. Secondly, to shepherd the people of Praise Point by developing inspiring worship services that encourage corporate engagement. 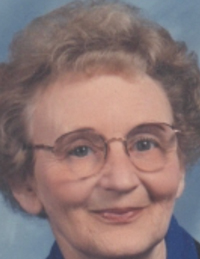 Rachel Graham, 92, wife of longtime UB minister Rev. Ken Graham, passed away September 24, 2022. They were married in 1951 and remain members of Mainstreet UB church (Walbridge, Ohio), the church they pastored for many years.

First United Brethren Church is a smalltown congregation located in Van Wert, Ohio (about 30 minutes southeast of Fort Wayne, Ind.). We are looking for a pastor who will work alongside leadership and create opportunities for discipleship.

Our next pastor will possess a shepherd’s heart and be an effective communicator. The ability to motivate people to develop their spiritual life and use their abilities in ministry is essential. Skill and experience in care-giving ministries will be a benefit. It is also anticipated that this individual will maintain professional ministerial credentials with the Church of the United Brethren in Christ, USA.

First UB, Van Wert is a congregation of approximately 50 people. Though we are small, we are a loving, caring community of people with a facility and location large enough to accommodate much growth.

These churches are currently in need of a senior pastor.

If you are interested in any of these positions, please complete a Minister’s Profile form and submit it to:

We need to get caught up on some pastoral assignments.

Rick Tawney has been appointed to oversee First UB church (Columbus, Ohio) while continuing as a church planter in Columbus, which he has been doing since 2019. Al Carter, a UB minister since 2002 who had pastored First UB since August 2011, has retired.

Jim Pryor has been named senior pastor of Richfield Road UB church in Flint, Mich. He previously pastored that congregation 2007-2017. In between Richfield Road was served by John Brainard, who concluded four years as pastor there in December 2021.

Byron Spear has been appointed senior pastor of Banner of Christ UB church (Byron Center, Mich.), effective September 11. Since 2011, he has served primarily in youth ministry at three different churches, including four years at Rising Hope UB (Shippensburg, Pa.) and, since 2018, at Colwood UB (Caro, Mich.). Banner has been served by interim ministers since April 2021.

Todd Frederick has been appointed senior pastor of Shoreline UB church (Oak Harbor, Ohio) effective July 1. He had served the UB church in Jackson, Mich. (originally Pathway Community, now Heart O’ the Lakes-Jackson) since February 2017. Bill Blue, the pastor at Shoreline since 2011, retired in October 2021 after 45 years in United Brethren ministry going back to 1976, mostly as a youth pastor.

Matt Coppess has been serving since February 2022 as senior pastor of Calvary UB church (Saginaw, Mich.). Ted Doolittle, who had pastored Calvary for the previous 14 years, retired at the end of December 2021 after 41 years in UB ministry in Ohio and Michigan.

Mike Heim has been appointed senior pastor of Victory Heights UB church (Franklin, Pa.). Previous pastor Steve Henry passed away in 2021, as did interim pastor Tim Bell, who followed him.

Ricky Hull has been appointed senior pastor of Crosswords UB church (Charlotte, Mich.) effective September 11, 2022. He has served in UB ministry since 2012 in Ohio and Michigan, including a previous six-year stint at Crossroads.

Amos Rawley concluded seven years of ministry at New Hope UB (Huntington, Ind.), including senior pastor since July 2016, at the end of May 2022. The church is currently in the stationing process.

Greg Reed retired in December 2021 as senior pastor of Morning Star UB church (Kokomo, Ind.), after serving there since 1978. Since then, Steve Fish has been serving as a part-time interim pastor, a role which will conclude in November 2022. Steve began his ministry in 1989 with 12 years on staff at Morning Star, and is currently an associate director of UB Global.

Dave Bowersock has been serving the past year as interim pastor of The Heights, a UB church in East Liverpool, Ohio.

Mark Ralph has been serving as interim pastor of First UB church (Van Wert, Ohio) since June 2021. In March 2021 he concluded seven months as interim part of First UB in Findlay, Ohio. He will conclude his assignment at Van Wert at the end of September 2022. Mark officially retired in 2018 after 33 years as a UB minister going back to 1975 (with about 11 years serving elsewhere).

Darrell Bosworth, a UB minister in Michigan since 1999, concluded a year as Revitalization pastor of Crossroads UB (Charlotte, Mich.), and will now begin a 6-12 month interim assignment at Sunfield UB (Sunfield, Mich.).