Hopewell United Brethren church in Auburn, Ind., is looking to hire a worship leader. This is a full-time position, that has the option of living in the church parsonage with all housing expenses paid.

Hopewell is a 150+ year-old rural church that has more than doubled in weekly attendance in the past three years, currently averaging 120 in attendance. We have also grown cross-generationally, having a large young adult group, kids’ ministry, and many newlyweds. There is unity in the congregation and trust in the leadership. 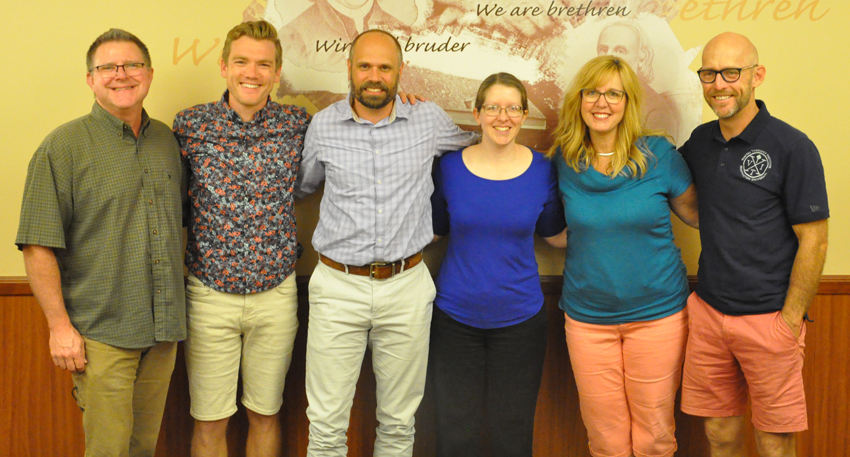 In April 2022, the Executive Leadership Team appointed a six-person “Task Force on Human Reproduction.” They will study a wide range of issues and propose Discipline revisions to be considered by the next US National Conference, which will meet July 11-14, 2023, in Fort Wayne, Ind.

The Task Force’s work will focus on three statements in the “Family Standards” section of the Discipline, none of which have been revised since 1985.

Bishop Todd Fetters felt that these statements desperately needed to be updated. We need principles which are consistent with Scripture, and which can be applied to new reproductive technologies which may arise in the future.

Bishop Fetters emphasizes that, as was the case in 2017, there is no appetite among the general UB constituency for “liberalizing” our stands. It’s just a matter of addressing current realities and giving sound biblical guidance to UB people.

Timeline
The Task Force held an initial meeting via Zoom on March 30, and then met in person on June 17 in Huntington, Ind. They will present a preliminary report to the October 2022 Executive Leadership Team, and will submit its final report to the Bishop’s Office by March 1, 2023.

In May 2023, regional meetings will be held to prepare people for the upcoming US National Conference. A representative of the Task Force will attend those meetings to present the proposals and invite feedback.

In June 2023, a final version of all proposals will be published for delegates and the entire UB constituency. They will then be acted upon during the July 12 business session of the US National Conference.

New Hope United Brethren Church in Huntington, Ind. (25 miles southwest of Fort Wayne) is a congregation with a rich history who is looking forward to writing our next chapter of ministry. We are looking for a pastor who will train us for outreach so that we may be proactive in reaching our neighborhood.

Our next pastor will be skilled in communication and organization and possess a pastor’s heart for God and people. The ability to work on a team and encourage others to carry out leadership is essential. Demonstrated experience in helping people develop their spiritual life and ministering effectively to people in crisis will be a benefit. It is also expected that this individual will maintain professional ministerial credentials with the Church of the United Brethren in Christ, USA.

New Hope Church is a congregation of approximately 75 people. Though our current congregation trends toward senior adults, our modern facilities are large enough to accommodate much growth. We are financially stable, located near housing developments, welcoming to new people, hard-working, and missions minded.