Eden UB church of Reedsville, Ohio, is serving as a command center emergency services in the aftermath of the tornadoes which swept through the area last Wednesday, Sept. 16. Three F3 tornadoes touched down, one of them within a mile of the church.

Eden UB is located in hill country, which supposedly doesn’t attract tornadoes. Pastor Adam Will says they have floods and ice storms, but never tornadoes. This is considered the country’s worst disaster ever.

Fortunately, nobody in Ohio was killed, though some were injured, including one lady from the church who couldn’t get out of her home when the tornado sucked the doors shut.

Most people in this economically depressed area, says Pastor Will, have no insurance. Many lost everything they own.

From the church, they are feeding about 350 volunteers and families three meals a day. Many volunteers attended Eden Church on Sunday, after which they immediately began feeding people. Some are fed at the church, others receive food delivered by truck and ATV.

Much clothing has also been collected at the church–more, says Pastor Will, then they’ll ever be able to use.

“At our Local Conference Meeting, we voted to stop services at First UB church of Lansing on October 24. It was also decided to donate all of our resources to the denomination for the purpose of restarting this church or beginning a new church in the Lansing area.

“I would like the month of October to be a celebration of our heritage. I would like to hear stories of how this church has impacted the lives of people, and the churches around Michigan. I would welcome guests to come and share in any of those services.”

Rev. Simon White, 55, former pastor of First UB Church of the Bronx (New York City), was killed September 18 in a car accident on the New York State Thruway. Also killed were his wife, Zelda, and four members of the Joy Fellow Christian Assembly (a non-UB Jamaican church), of which White was the pastor.

The Whites and 12 parishioners were traveling in a 15-passenger Ford Econoline van when the left rear tire blew out. The vehicle spiraled, and ejected 8 passengers. The dead included Simon White’s sister and an assistant pastor.

AOLNews published an article about the accident.

Rev. White grew up in Jamaica and was a former minister in Jamaica Conference.

The Reclamation Project in Fort Wayne, Ind., is offering an interesting training opportunity. Guest speakers are former Muslims who have gone through the life-changing experience of meeting the Lord Jesus Christ. You are invited to come hear their stories.

There will also be time for fellowship, for questions and discussion, and for sharing ideas and prayers regarding ministry within Fort Wayne’s Muslim community.

These majors join the more than 70 academic programs offered on campus.

“We want to say thank you to everyone who helped make the 6th Annual Tom Ponsot Memorial Golf Tournament a success. For the last six years, the Zanesville United Brethren Church has hosted the tournament to raise funds for Camp Cotubic.

“This year, the morning of September 11 was cold, and for the first time in several weeks, it looked like rain in Northeast Indiana. But that didn’t dampen the enthusiasm of the 21 four-man teams who had gathered in support of Camp Cotubic. The rain did come, and it was very cold, but the teams soldiered on for a great cause. With the entry fees, hole sponsorships, and generous donations made that morning, well over $5,000 was raised for the camp. Thanks again for your support and we look forward to seeing even more of you next year.”

Huntington University enrolled a record number of traditional undergraduate students this fall and reported its second-largest incoming class in the school’s history.

Other stats of note: 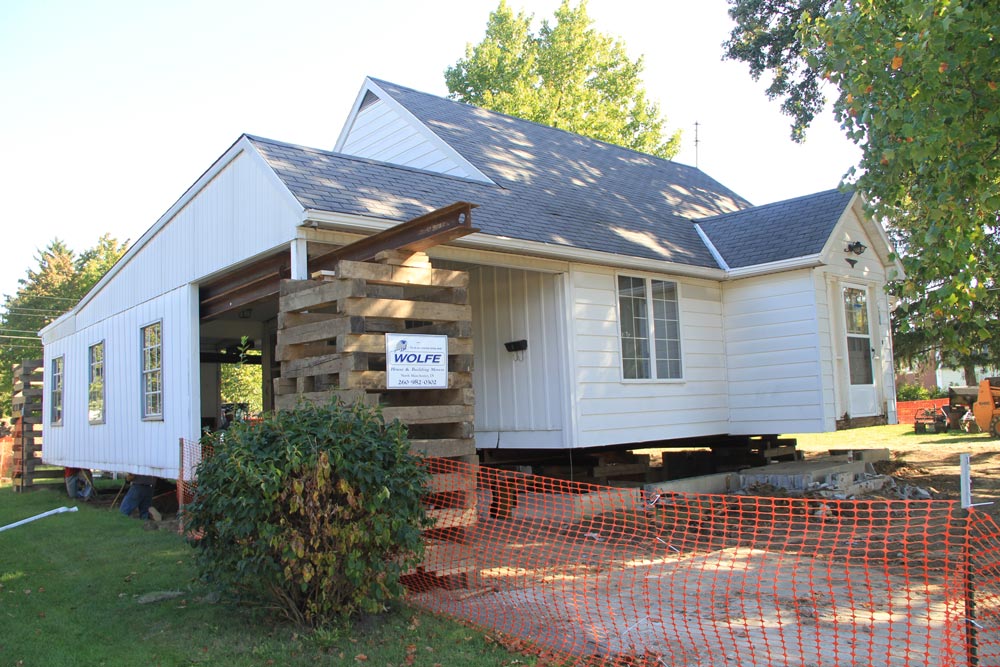 Things are a little “up-in-the-air” this month at the Myers Mission House in Huntington, Ind. Work has begun to raise the house and replace the basement walls, which had begun to cave in quite significantly. The decision to have this work done was a difficult one, as it will entail considerable expense, but the house is used on a regular basis by furloughing Global Ministries’ staff. Selling the house “as is” was not an option. Contractor Mike Tribolet says the work should be completed by mid-October. The Myers Mission House has provided a home-away-from-the-field for countless Global Ministries staff over the years.

Billy Simbo sent the following update on his wife, Mamei, on Tuesday, September 14. Billy is serving a three-year term with Global Ministries in Sierra Leone, where he holds the title of Bishop of Sierra Leone Conference.

Mamei is still in the Coronary Care Unit at Abington Memorial Hospital (Abington, Pa.). They are keeping her because her heart rate is too fast and her blood pressure too erratic.

END_OF_DOCUMENT_TOKEN_TO_BE_REPLACED 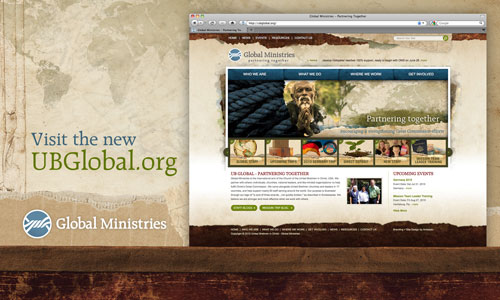 After a year of planning and development, Global Ministries has launched a brand new website at UBGlobal.org. This new website replaces the former site located at UBMissions.com (which now directs people to UBGlobal.org).

Take a look at UBGlobal and browse around.