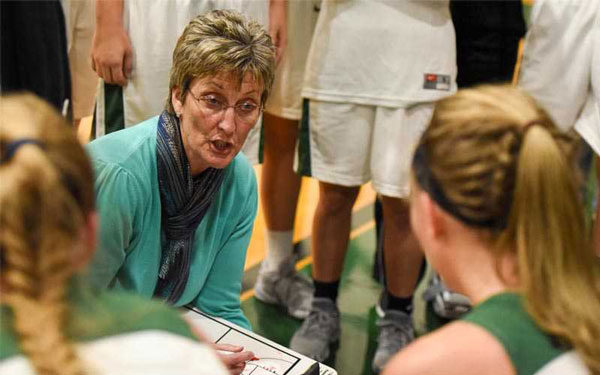 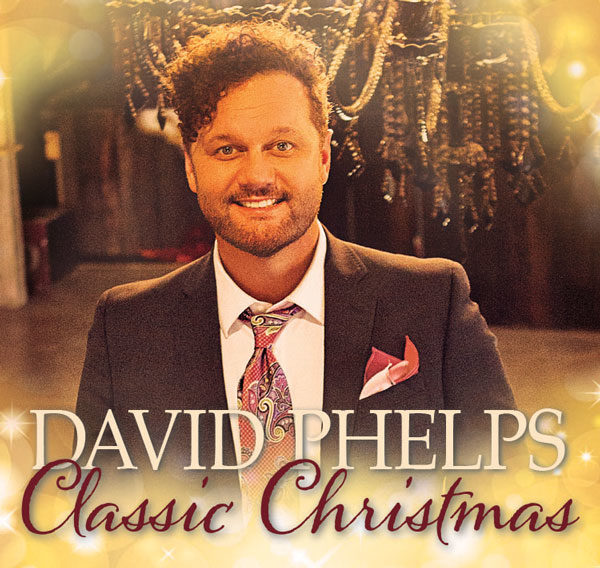 Huntington University’s fall enrollment is the largest in its 120-year history: 1,321 students. It also marks four consecutive years of enrollment growth, and an increase of 21 students over the 2016 total.

Here’s how it breaks down:

Looking a little deeper: the student body includes 131 ethnic minorities from the United States (12% of the total students), and 47 international students from 24 different countries.

With the launch of the Haupert Institute for Agricultural Studies in 2015, there are now 39 declared agriculture majors. In addition, 100 students are currently studying toward the Doctorate of Occupational Therapy.

“What a joy to see so many students and their families seeing the value of a Huntington University degree!” said Dr. Sherilyn Emberton, president of Huntington University. “This past year demonstrated a piqued interest in academic programs at Huntington, as evidenced by a 20 percent increase in campus visits. We look forward to continuing this trajectory and telling the Forester story.” 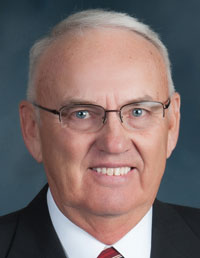 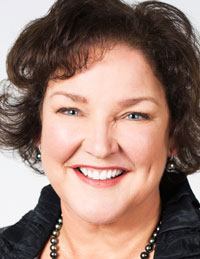 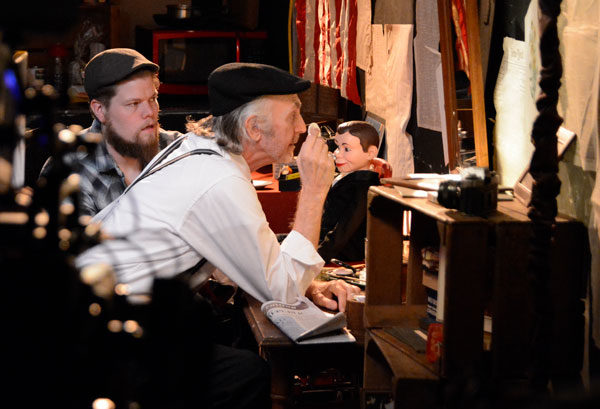 On the set of “The Amazing Mortimer.”

“The Amazing Mortimer” is a 14-minute picture which tells the story of a once-successful ventriloquist who finds himself at a crossroads in his life. Because his act no longer brings in huge audiences, Mortimer is faced with a loss of his home and his livelihood. As he reminisces about the glory days of the past, he is befriended by Thomas, a troubled young boy who is also facing a frightening future. Their newfound friendship prompts an act of sacrifice and generosity that gives them both hope for the future. 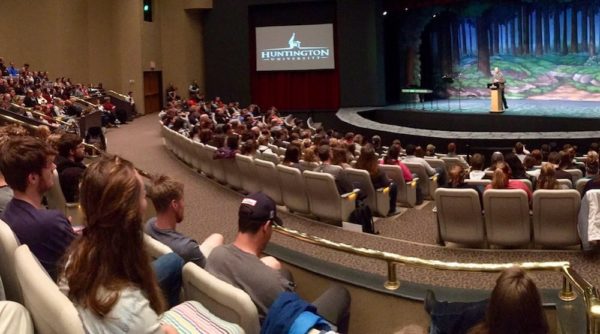 David Kline speaking at GO Week in the Merillat Centre for the Arts.

On March 31, Huntington University wrapped up its Go Week – a time for students to consider how God might be calling them to be used in the work of the Great Commission, whether at home or abroad. This year’s guest speakers were all HU alumni currently serving with mission organizations, including Global Ministries’ own David and Melissa Kline. 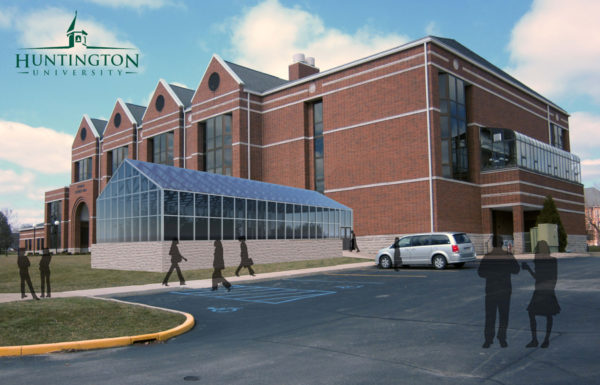 On April 20, Huntington University will break ground for the Ware Plant Science Production Facility, to be built next to the Dowden Science Building. The 2000-square-foot building is designed to be split into two independent zones, one for student instruction and one for research and production purposes.

“This new facility will provide needed space for students in agriculture courses to work with crop plants and learn about how they grow,” stated Dr. Raymond Porter, Director of the Haupert Institute for Agricultural Studies. “Ag students will have hands-on learning and research opportunities in the area of plant and soil sciences, with the potential for aquaponics as well. Faculty and students in biology, chemistry, occupational therapy, and other programs can also benefit from the additional space for instruction and research. And the Horticulture Club or future ag-related clubs could use some of the space for plant propagation and production. We are enthusiastic about the possibilities.”

The Haupert Institute for Agricultural Studies opened in the fall of 2015 and promotes a Christian perspective on agriculture. It recognizes the responsibility to be good stewards of God’s creation and to examine questions of sustainability and justice. The institute is intended to help meet the growing need for agriculture professionals, and offers eight concentrations in agribusiness as well as an agricultural education degree. For more information on the Haupert Institute, please visit www.huntington.edu/agriculture. 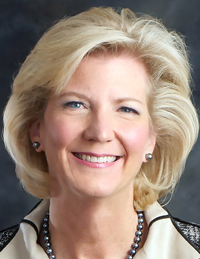 Shirley V. Hoogstra, J.D., will be the keynote speaker at Huntington University’s 119th Commencement on Saturday, May 13.

Hoogstra became president of the Council for Christian Colleges & Universities (CCCU) in September 2014. Prior to that, she served for 15 years as vice president for student life at her alma mater, Calvin College. She also spent more than a decade practicing law as a partner at a firm specializing in litigation in New Haven, Connecticut.

“I am honored to be included in the most special day for the graduates and their families at Huntington. This university is a jewel in the state of Indiana. It makes me proud to be associated with them,” Hoogstra said.

10 Mar HU Students and Faculty Rake in the Awards

“We are very pleased to be competing at such a very high level with full-time industry professionals in the area,” said Dr. Lance Clark, Associate Dean of the Arts.

The Best of Show award and two of the Gold awards came in the Non-Traditional Advertising category. Other awards came in such categories as Video Internet Commercial, Advertising Photography, Public Service Campaign, Video Gaming, Non-Profit Advertising, and Non-traditional Online AdvertisingIndiana. The university is a member of the Council for Christian Colleges and Universities (CCCU).

The 36-credit hour program is designed to be completed in just two years and has both face-to-face and online components. Students will only be required to attend class one night each week, with the remaining coursework completed online.

The new program will feature an experience and project-based approach to education. All students will learn from advanced coursework, but they will also engage in practical, hands-on experience through Ambassador Enterprises, local companies, and Huntington University’s ventures—businesses Clear Insights, a corporate solutions enterprise, and Clear Distribution, a fulfillment by Amazon (FBA) company.

Graduate credits earned at other regionally accredited institutions may be transferable to Huntington University’s new MBA program. For to learn more and request additional information, go to www.huntington.edu/MBA.